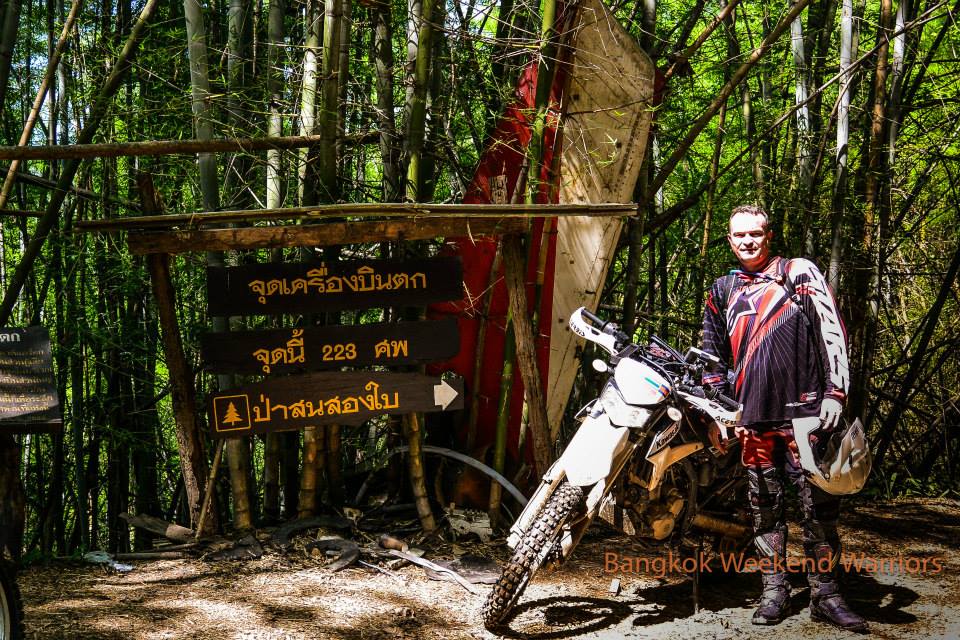 One of the least visited National Parks in Thailand.

The recorded monthly visitor statistic is 300, during the peak of the high season. The Daily Xpress of Singapore states that the park “goes down as one of Thailand’s least known and least visited national parks. So much so, that most Suphan Buri folk don’t even realise that their province has a national park.”[3]

One feature of the park is Khao Thevada (Angel Mountain), a 1,123-metre (3,684 ft) mountain that is the highest in the province. The mountain is on the borders of Kanchanaburi and Uthai Thani provinces.[3].

– This park is not only special for being one of the least visited national parks in Thailand. Tragically the deadliest aviation accident on Thai soil.

Lauda Air Flight 004 was an international passenger flight operated by a Boeing 767-300ER that crashed on 26 May 1991 due to an uncommanded thrust reverser deployment of the No.1 engine in mid-flight, killing all 213 passengers and 10 crew members on board. To date, it remains the deadliest aviation accident involving a Boeing 767 and the deadliest on Thai soil. The crash also marked the aircraft type’s first fatal incident and first hull-loss.[1]

It was the third serious accident involving an Austrian aircraft, after the crash in 1960 of an Austrian Airlines Vickers Viscount and the crash on 23 September 1989 of a Turbo Commander 690 aircraft which claimed the life of Alfred Dallinger, the Austrian Minister of Social Affairs.[2]

Lauda Air was founded and run by the former Formula One world motor racing champion Niki Lauda. The crash of flight 004 was notable for Lauda’s personal involvement in the accident investigation.

Frank and I loaded up the bikes and gear Thursday night.
Ready to roll after work Friday.

All going well until the GPS took us down the road and past Chang Wattana Gov’t complex and the PDRC protestors. So we crawled past this area taking just over an hour..

Now according to the GPS.. It is only 220km to the National Park from Bangkok.
But with the Friday night traffic, Protestors and secondary roads once you got off the main highway.
Stop for dinner, beers etc.. it takes about 4 plus hours.

Don’t follow the GPS to the National Park HQ. It takes you the quickest way by around 20km.
But.. It is over the mountain with mud, ruts that could swallow half a car, steep ups and downs..

Plus some hairpin turns you can see around the corner.

Steering hard left or right, only looking at the dark as the lights are in front of you.

Best to go in from the south. The National park is in a horse shoe shape..

The roads are all paved to the HQ this way.

My pickup is not 4WD and not very high off the ground.. Frank checking the mud and water depth.

Blast through as reasonable pace and all was good. Didn’t get stuck, but did feel the vehicle moving to the left and right. 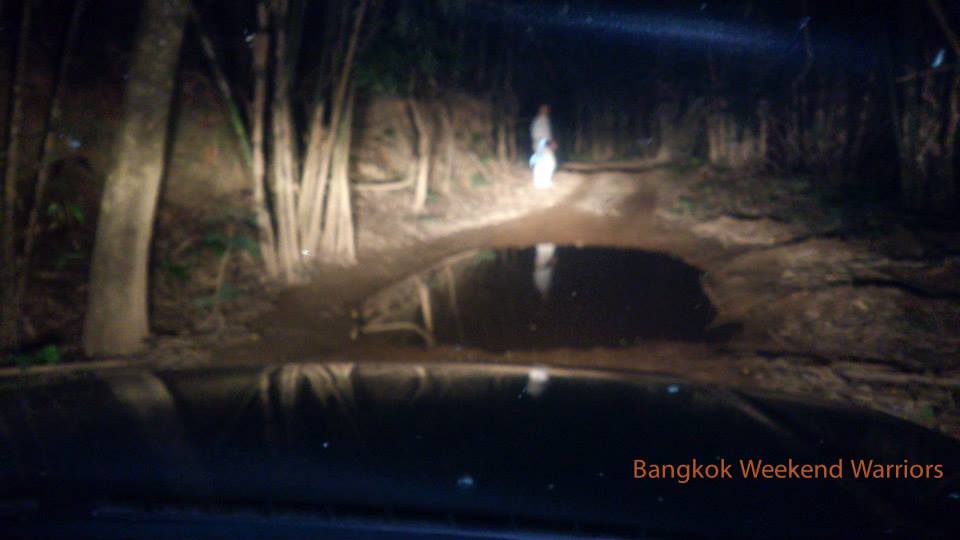 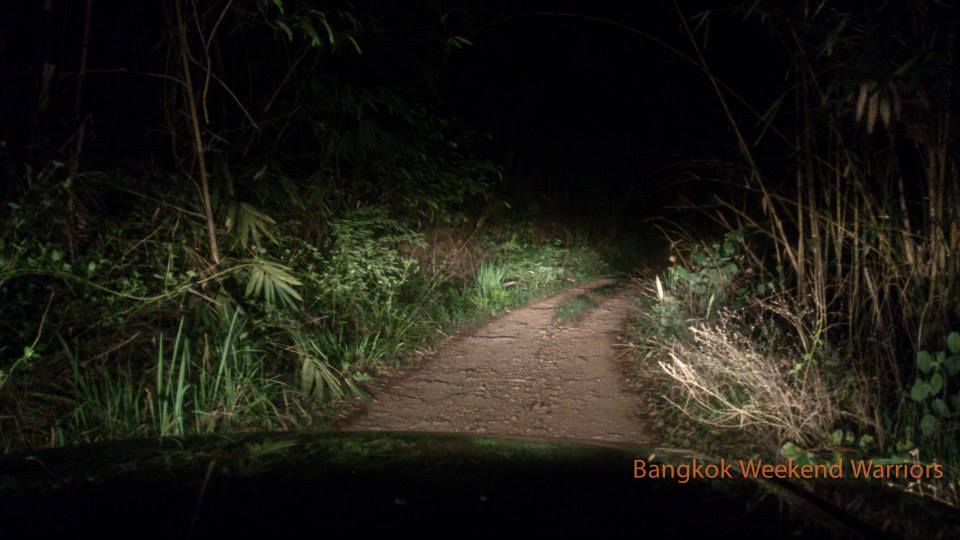 A really lovely National Park with great facilities..
They say one of the least visited national parks in Thailand and I believe it. 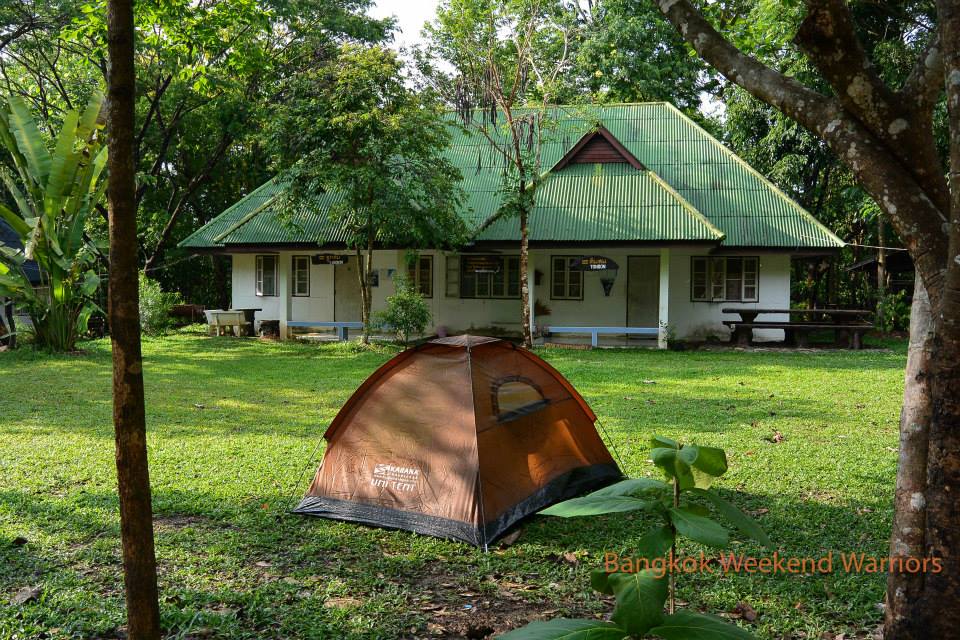 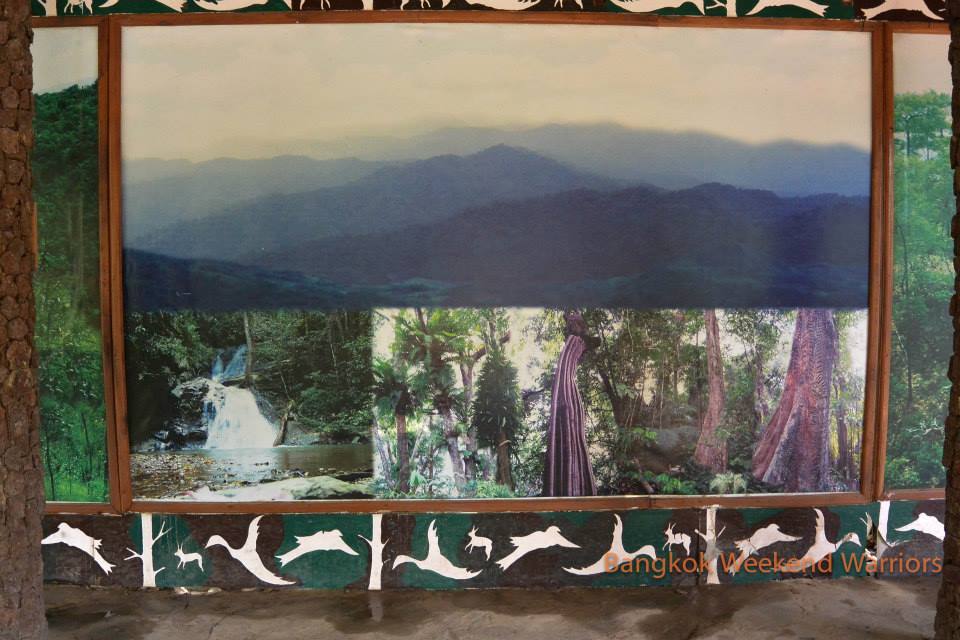 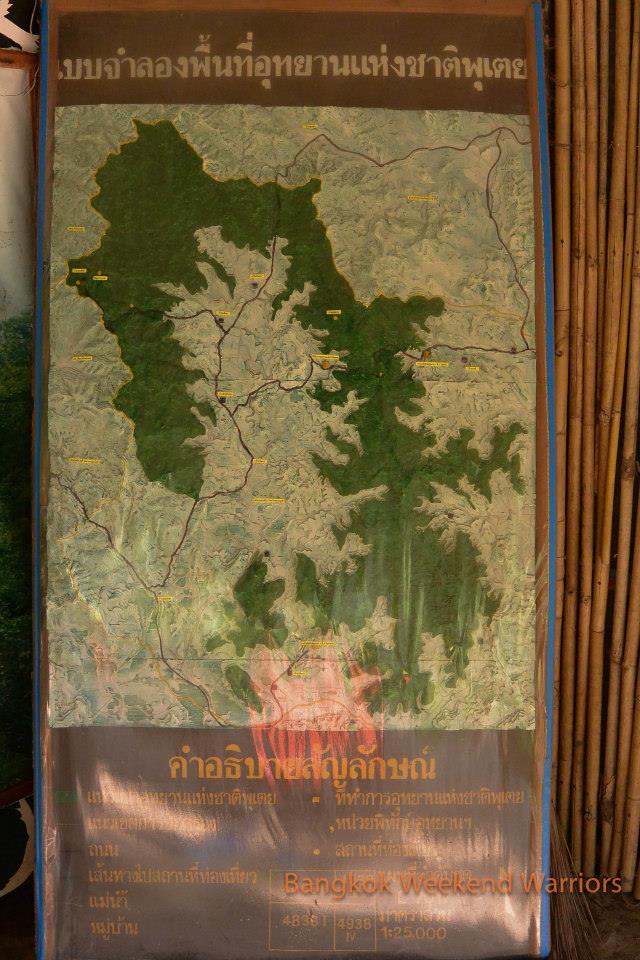 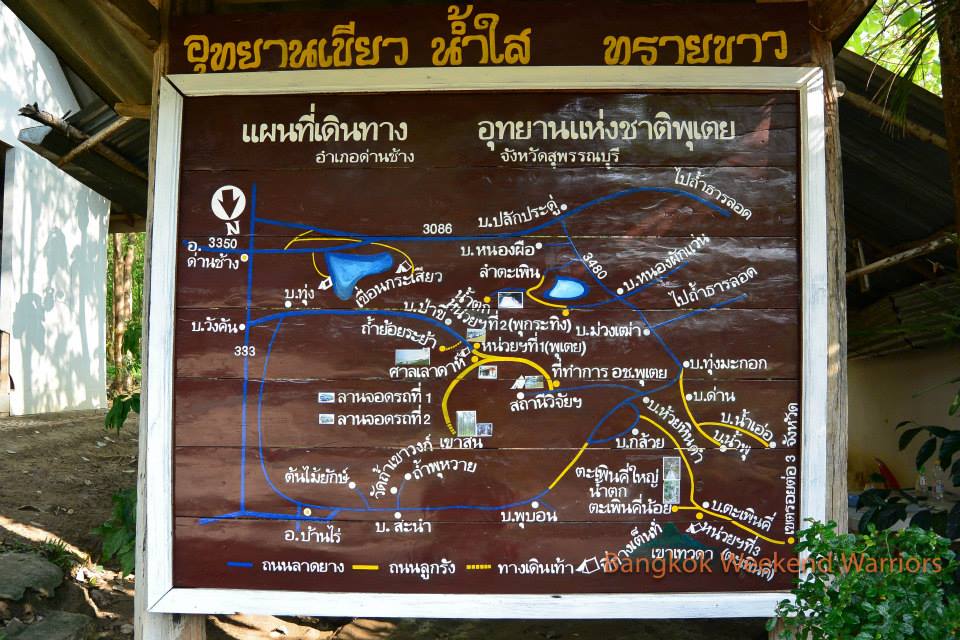 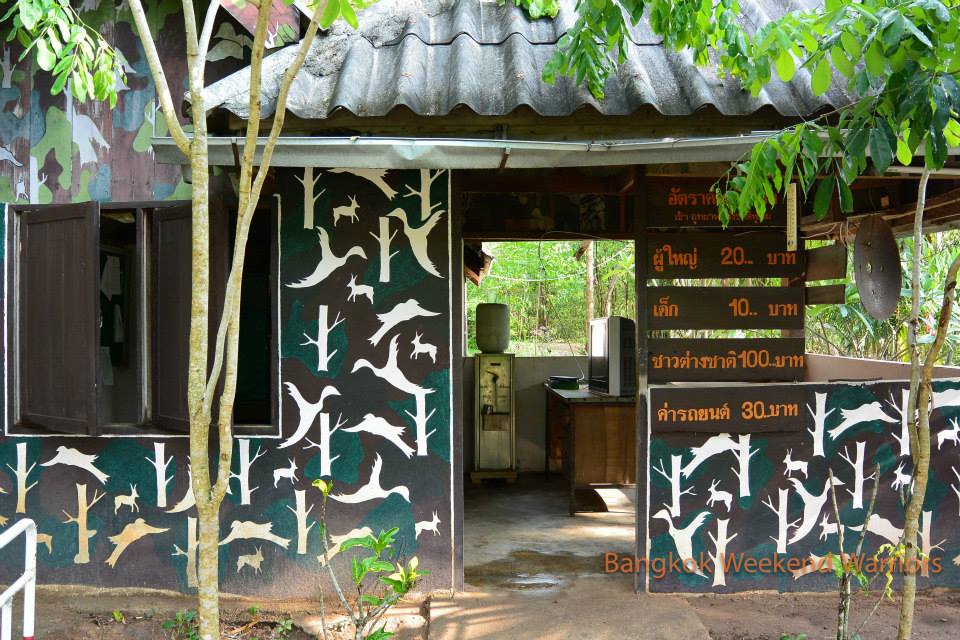 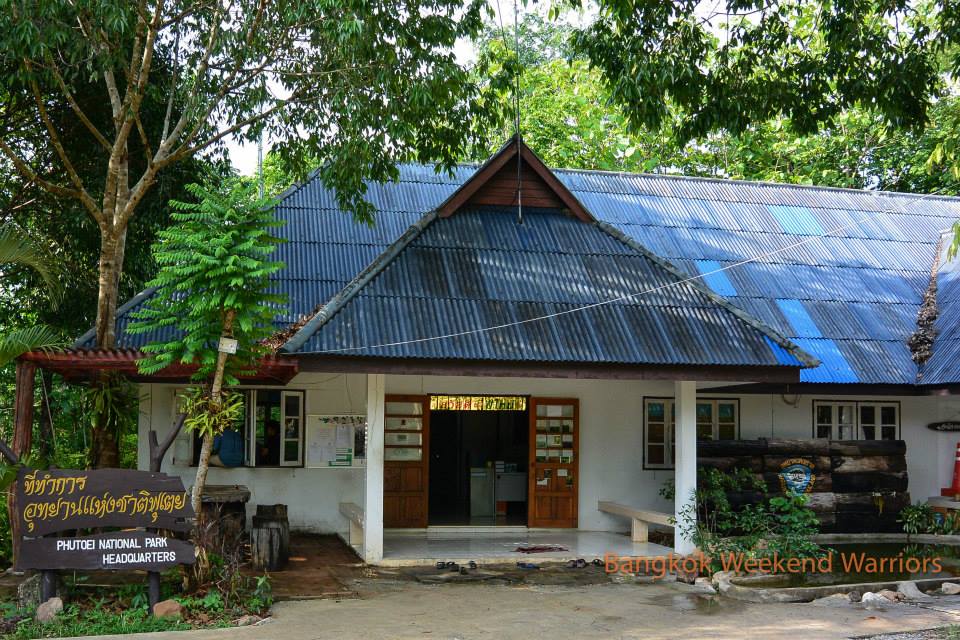 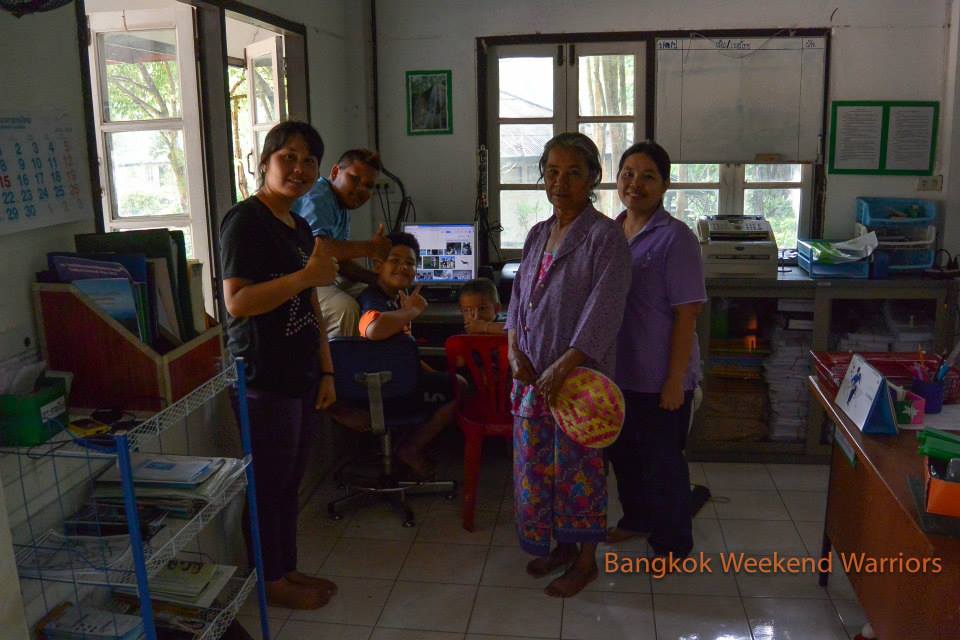 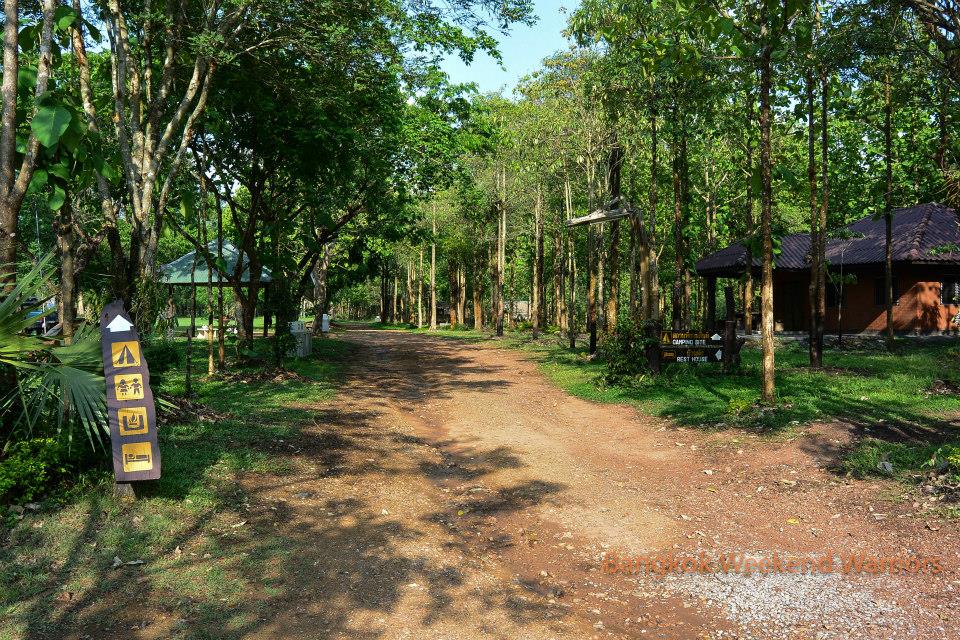 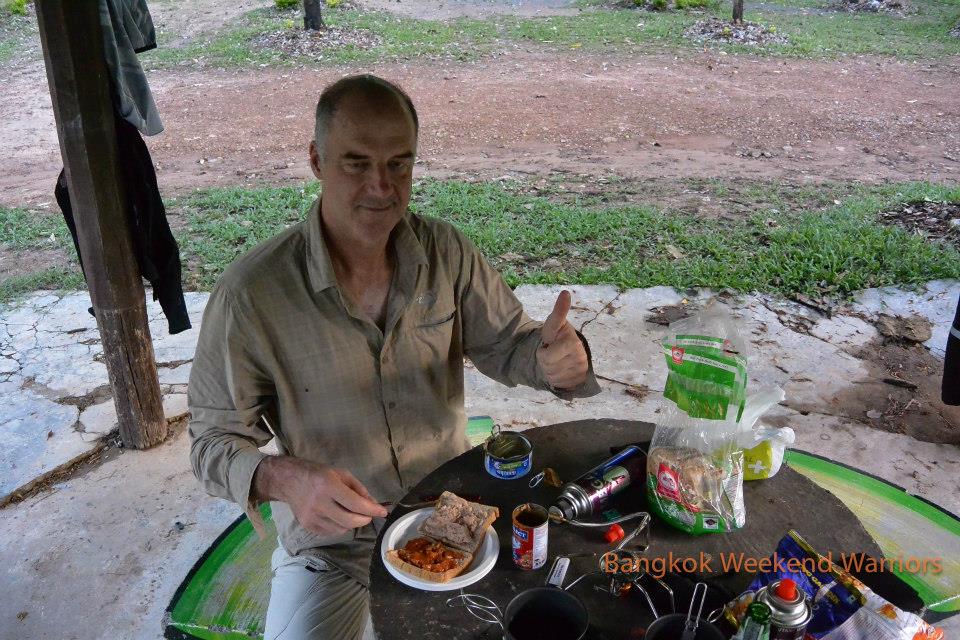 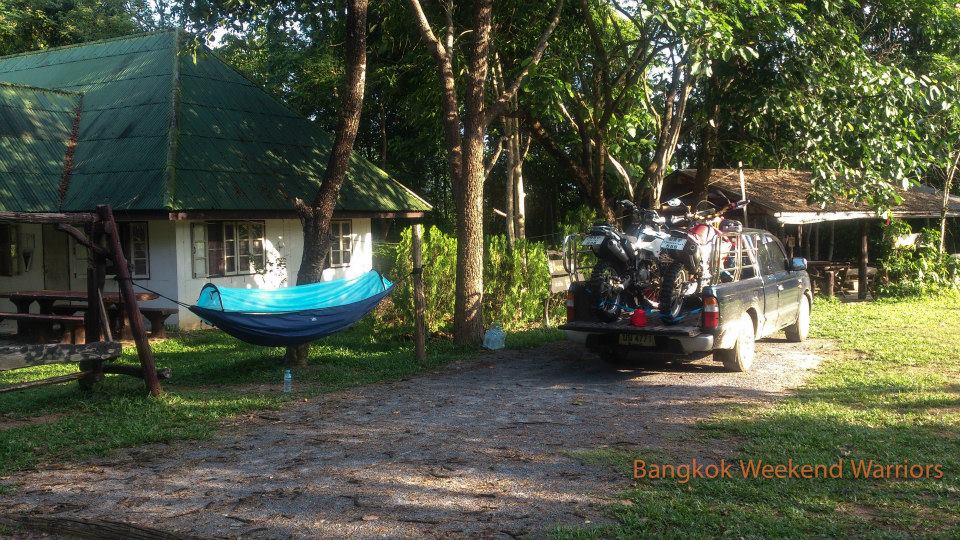 A lot of the wreckage has been taken now.
Even compared to some recent 2009 YouTube footage.

Day 1 we went back over the sketchy trail we drove in on around mid night last night.

We  were here for adventure.. But didn’t expect it to start in the pickup at midnight LOL.

That is a fun, nice trail up to the crash site which goes on to the Pine forest.
The pine forest is at around 700 to 800 metres above sea level.. 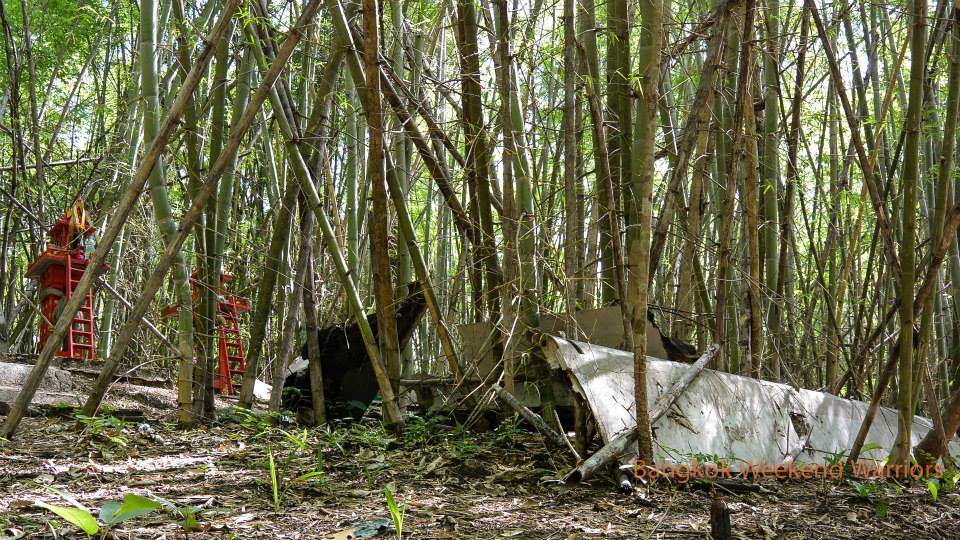 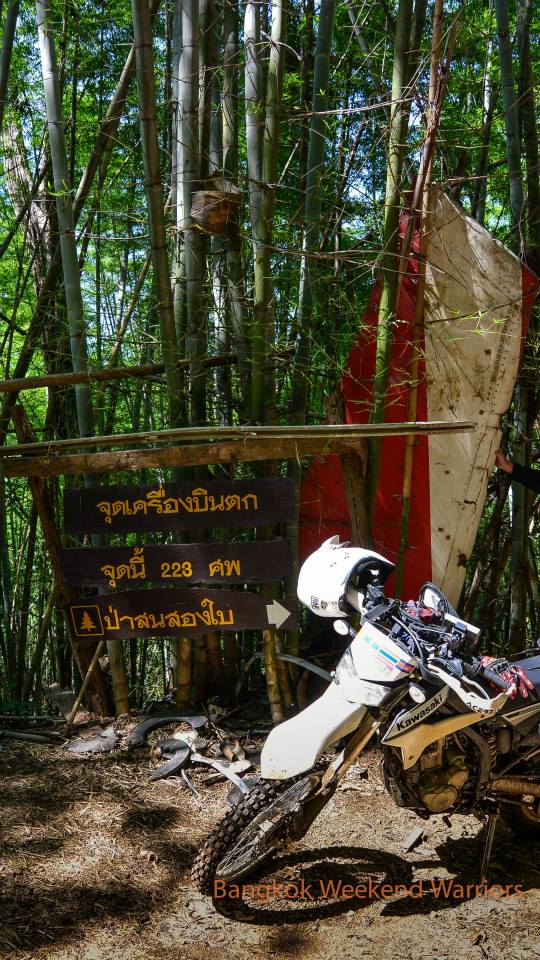 Endo of the trail in the pine forest.

Back down the bottom of the trial.. We passed this at mid night. 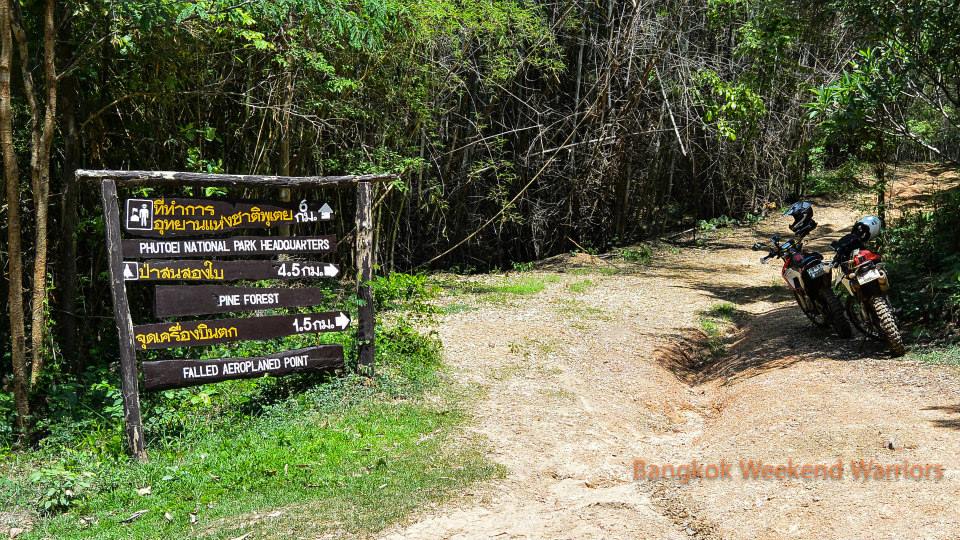 Off to find the Karen village and waterfall.. The waterfall was dry this time of year.

Some nice scenery along the way. 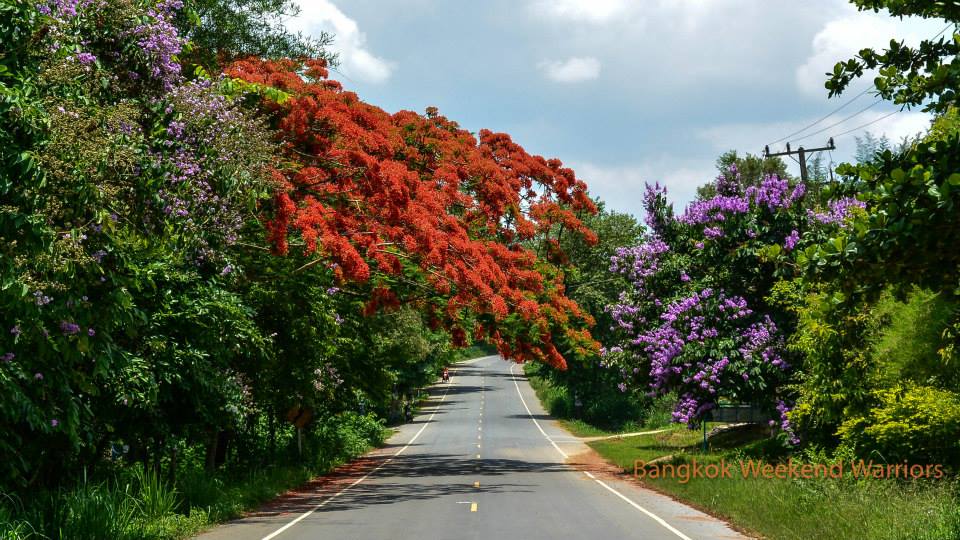 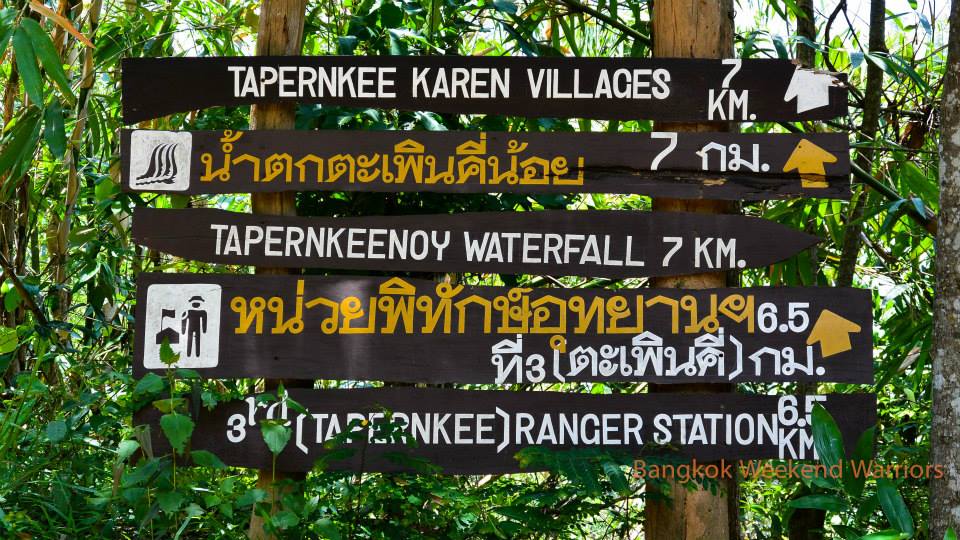 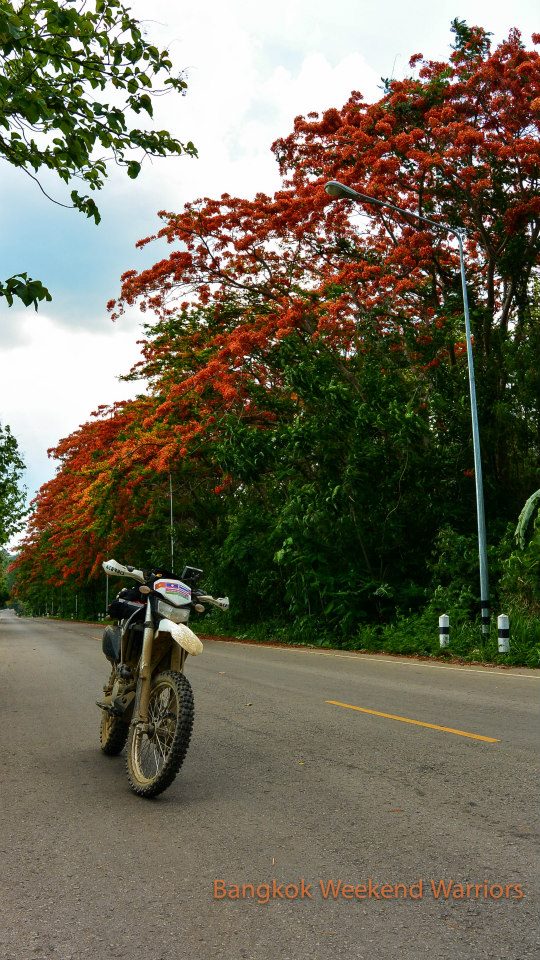 Then we had Sunday morning to explore..
We head off to try and find a way through to Srinakarin dam.

Nothing on the GPS.. But I had seen a decent graded road on Google Earth.
That was OK and you could motor along.. We should have turned left 3/4 of the way in but I said to keep going.
Which took us to another small village called Nam Phu. Nice friendly people.

We keep going as the GPS shows water in the distance… A fantastic view at the top of the farmers field..
Then hunt around on single trail trying to find a way down.. We were less than 500 metres from the road below, but it was way to steep to get down..

So back we go and take the correct turn off.. Make it to the dam and ride along a bit before heading back to camp. 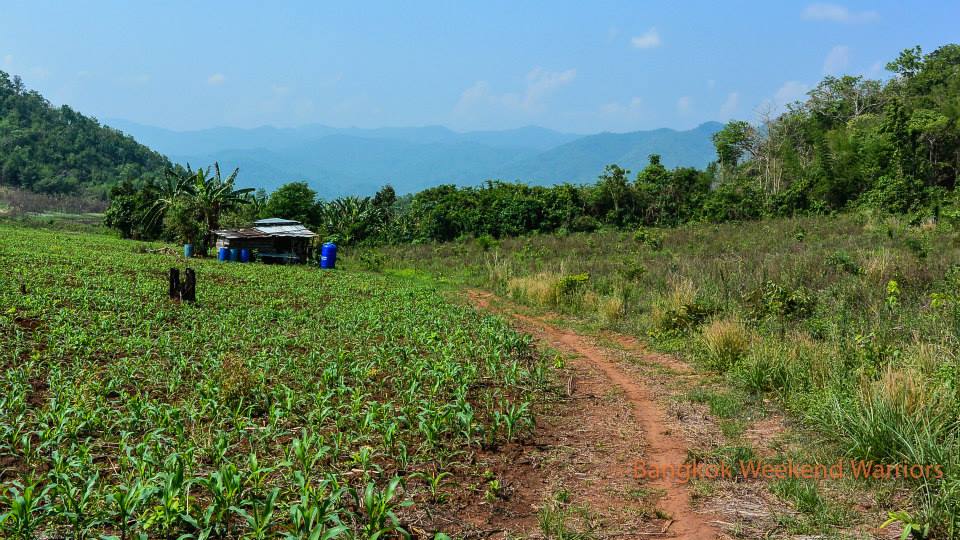 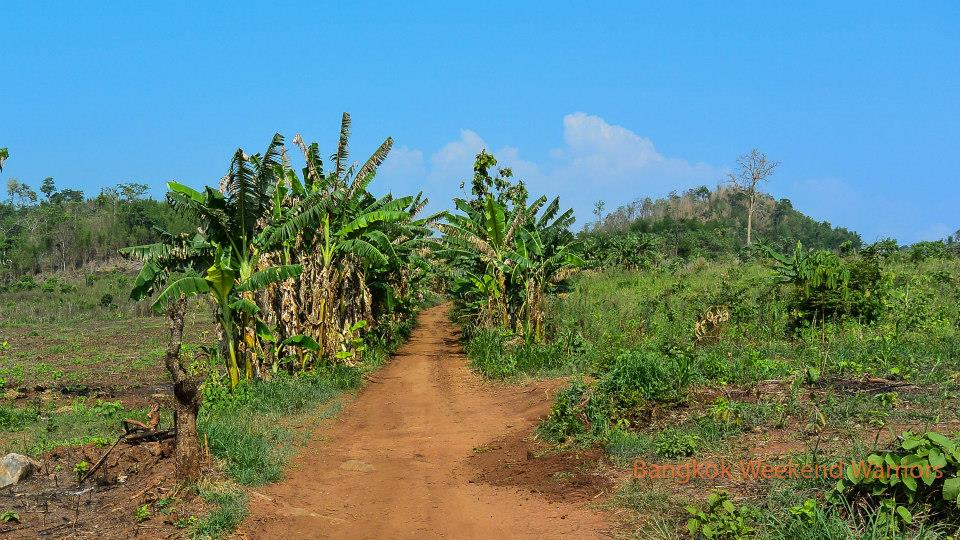 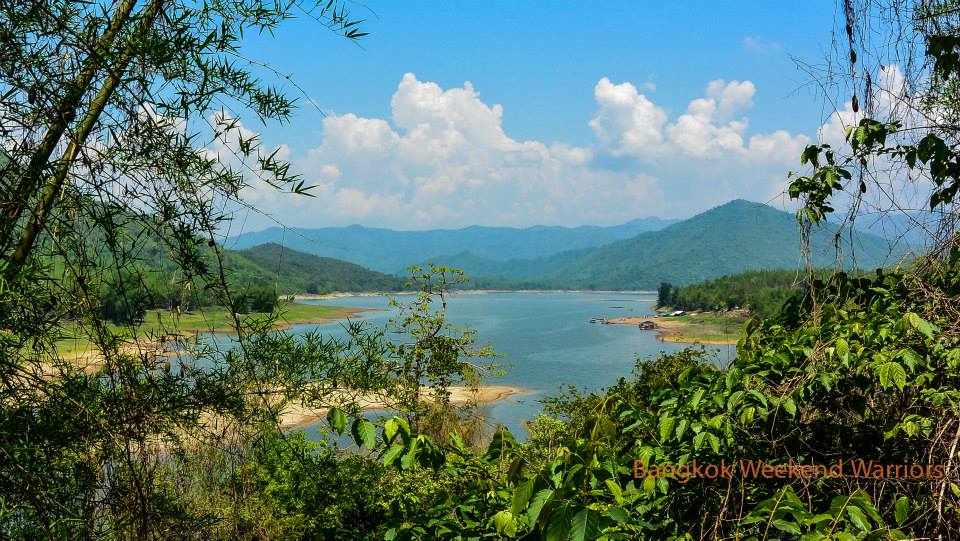 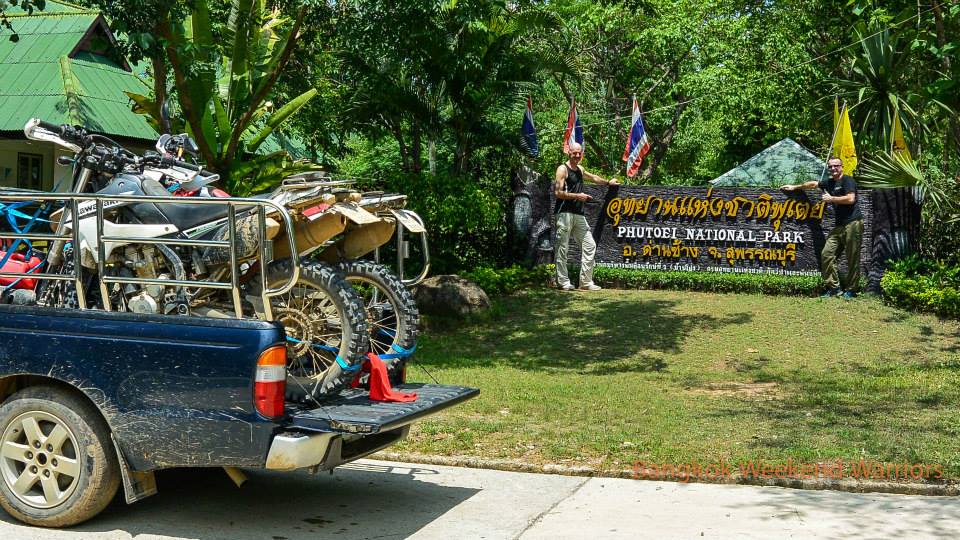 Time to head back to Bangkok..

You could make you way all the way over to Sai Yok with a bit of planning.