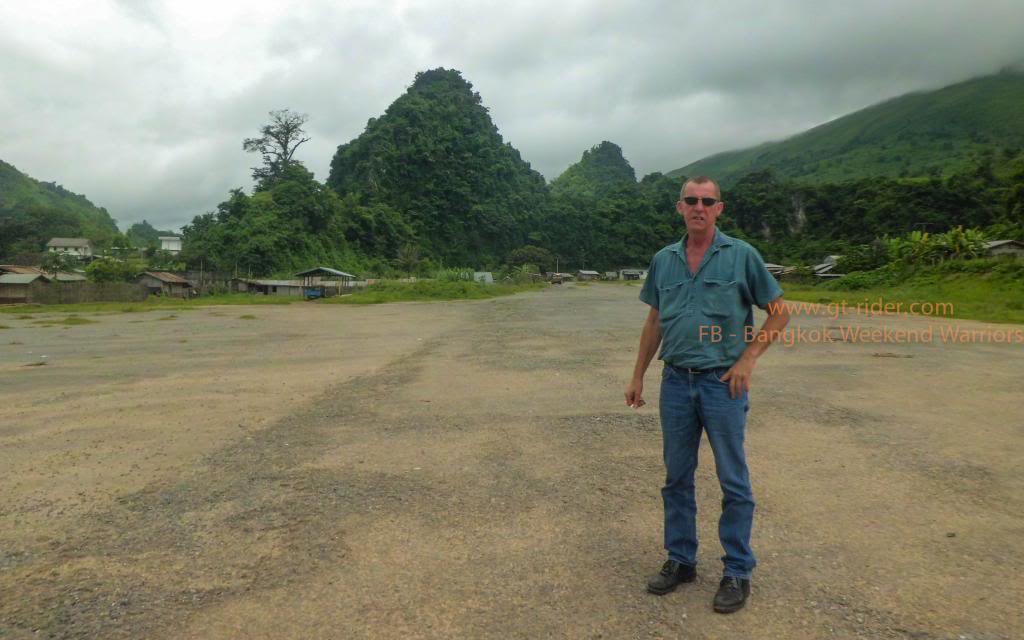 A good mate of mine for 8 years living and working in Thailand called me two days ago.

He had just been standing on the runway at Long Chieng.

Tim recounted the visit and what he saw in the restricted zone.

We have been on a couple of bike trips to Laos and talked about the war and Long Chieng and how all of us would love to get there..

Well he did it.. This opportunity came up due to work taking him up to Laos.

Really interesting chatting with him hearing what was experienced up there.

Lets just say it is still a little hot up there and I am not talking about the weather.

They had to get all sorts of passes and approvals as there is still Hmong activity in the area.

Warned at the briefing:-
If you get in here and are not meant to be in here. You will be arrested, go to jail and be deported.

Hope you enjoy these pictures (Taken the beginning of this week).

Tim on the runway 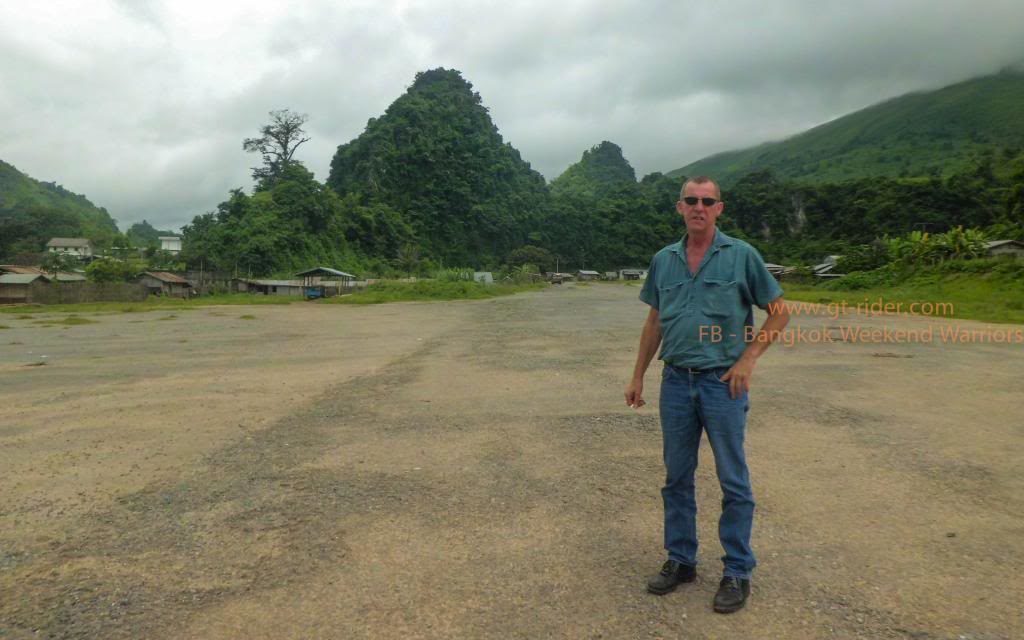 Asked to remove someone from this picture before posting.
The runway looks a bit like crazy paving on the right. 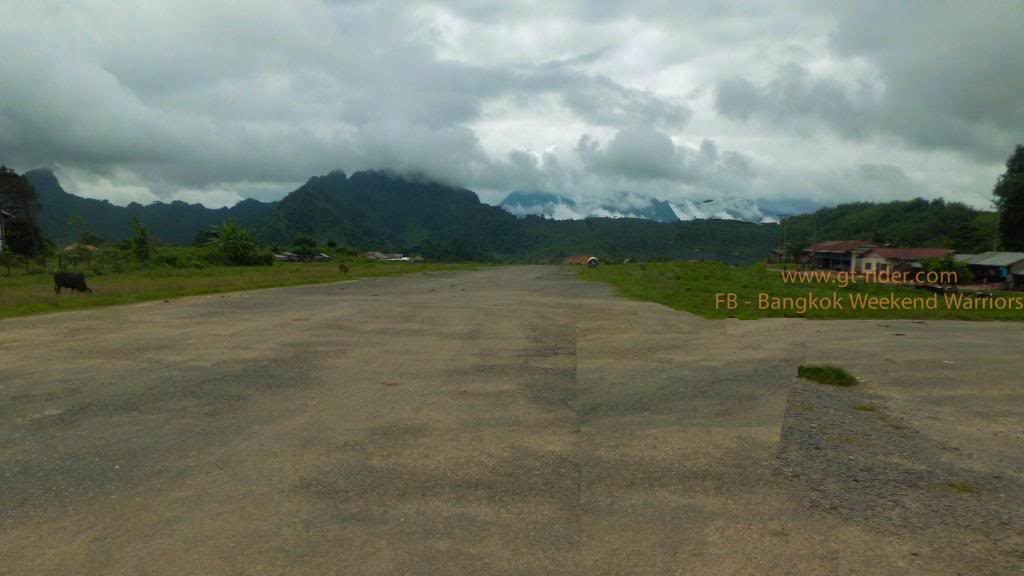 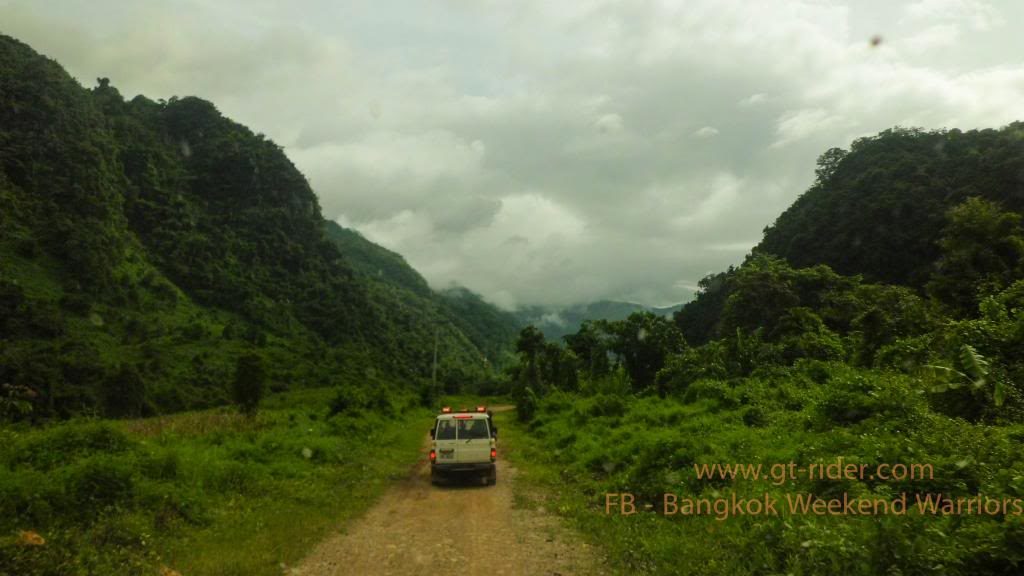 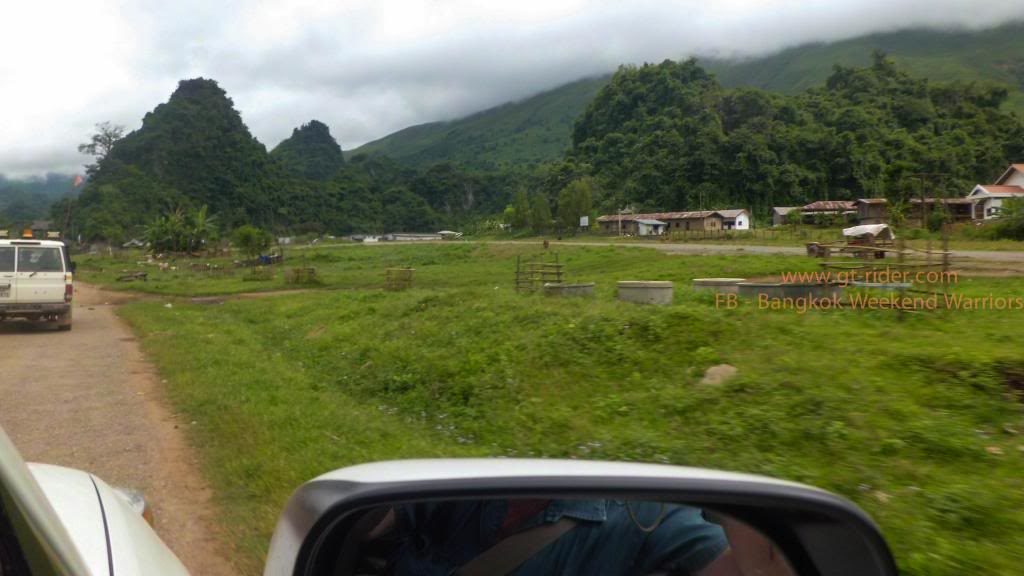 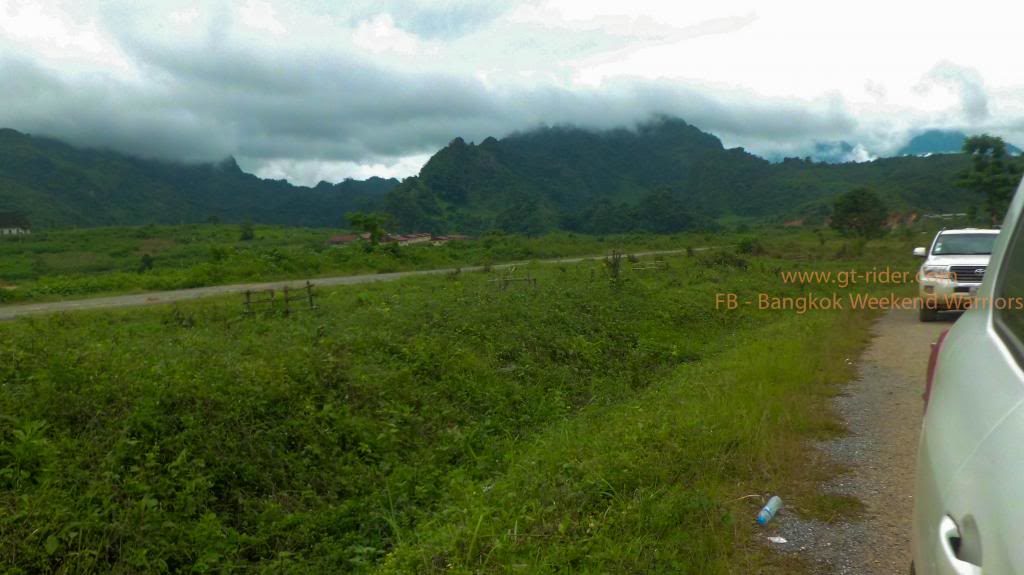 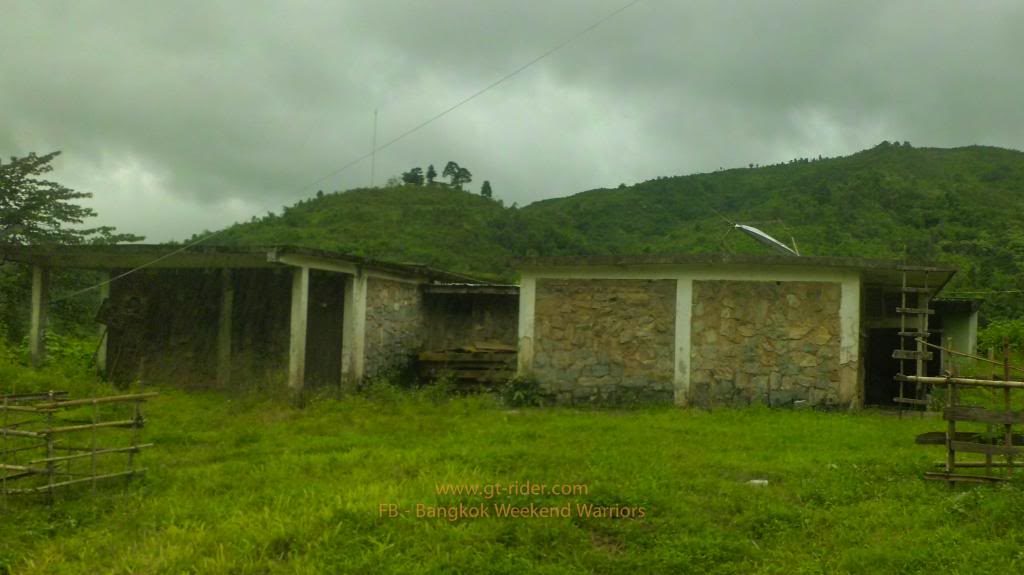 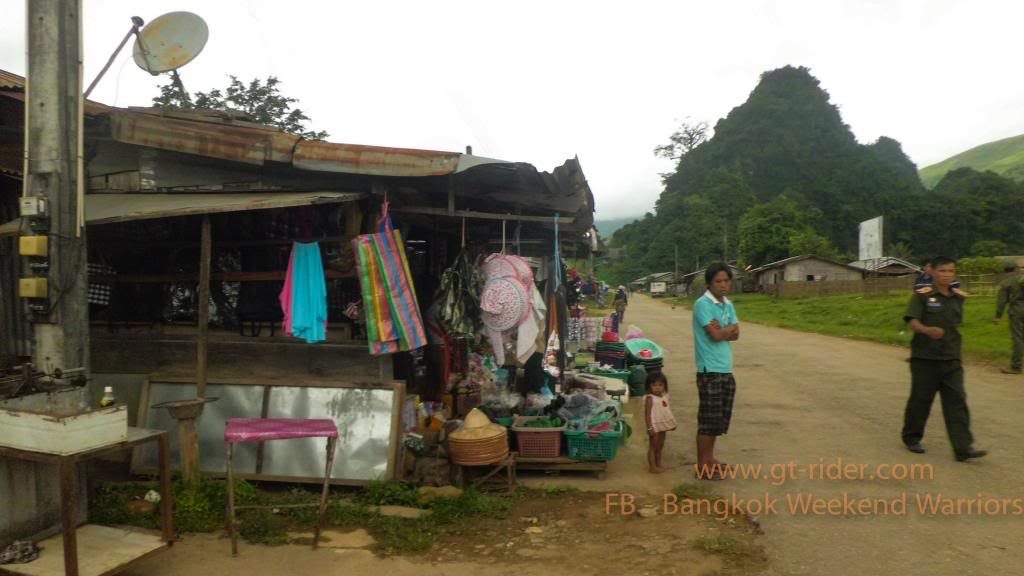 We will be meeting on the weekend for beers.
Looking forward to hearing the stories as well as get the rest of the other 50 pictures inside the restricted area.

More pictures to come and will try my best to relay the background.

Links below to the history of the Secret War

Heading out of Long Chieng to Phonsavan.

Looking back at the two hills and the road coming out of Long Chieng. 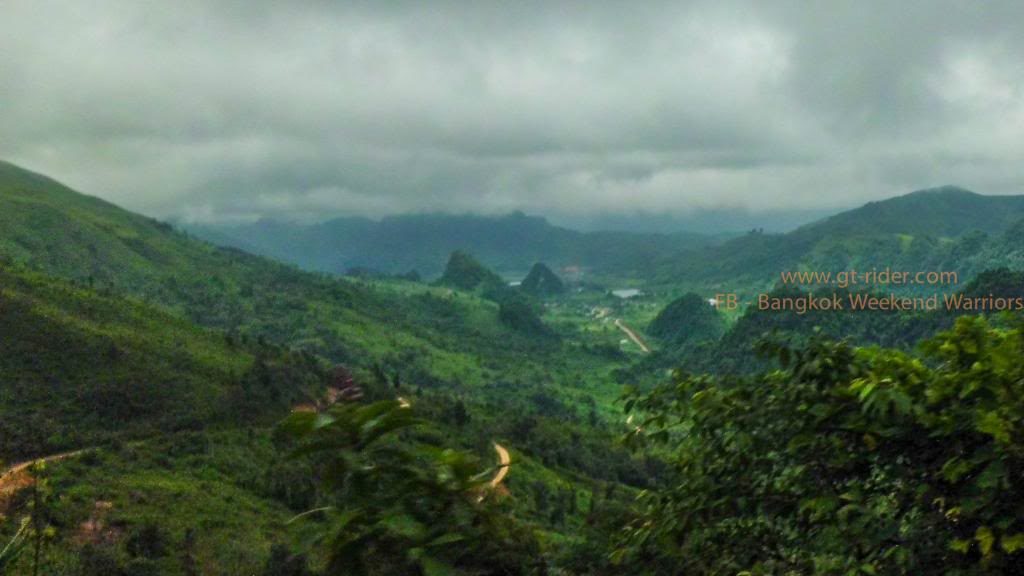 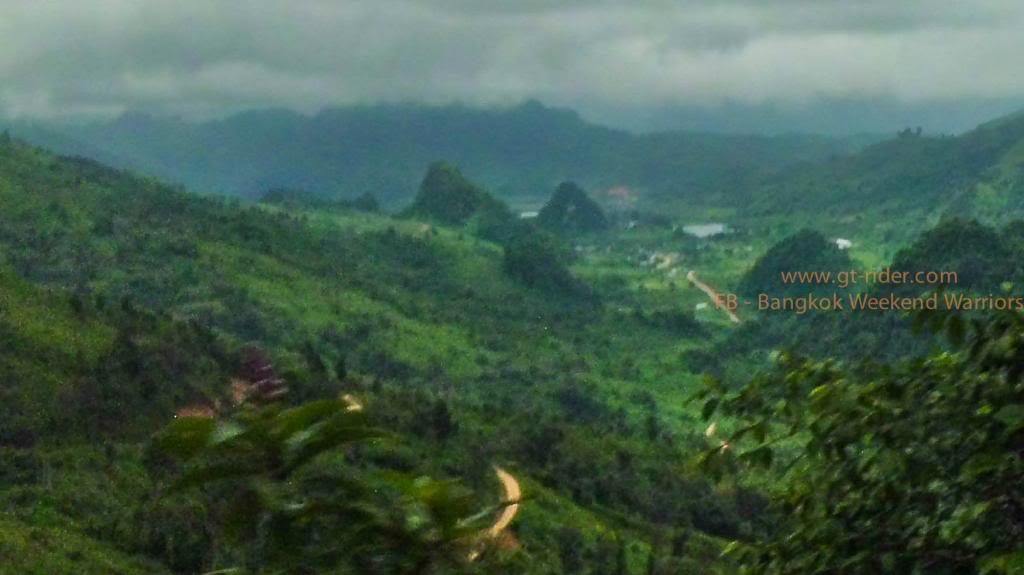 The iconic pictures with the air strip.
Looking back to Long Chieng on the way to Phonsavan.

The rest of the pictures are in and around the restricted area.

The trip was to look for other possible routes to get the mine product up north down.
Cutting off a big section of detour currently used.

Tim requested the others on this work trip have their faces obscured.

They never asked to be all over the internet.

We agreed that any pictures with faces and other identifying features should be blurred out..
Sure everyone understands.

All the pictures vetted by the minders will be shown.
The few sneaky non approved pictures will not be posted.

Will do my best to get the order right.

One last note..
The SD Card began to die. So some pictures are not the best quality..
Took two days to get all the pictures off the SD card.
Me with fingers crossed that all was not lost.

Entering the restricted area. The minders are the Best of the Best in the Lao army.

Note how they are positioned. Looking in all different positions.
Never flat footed. 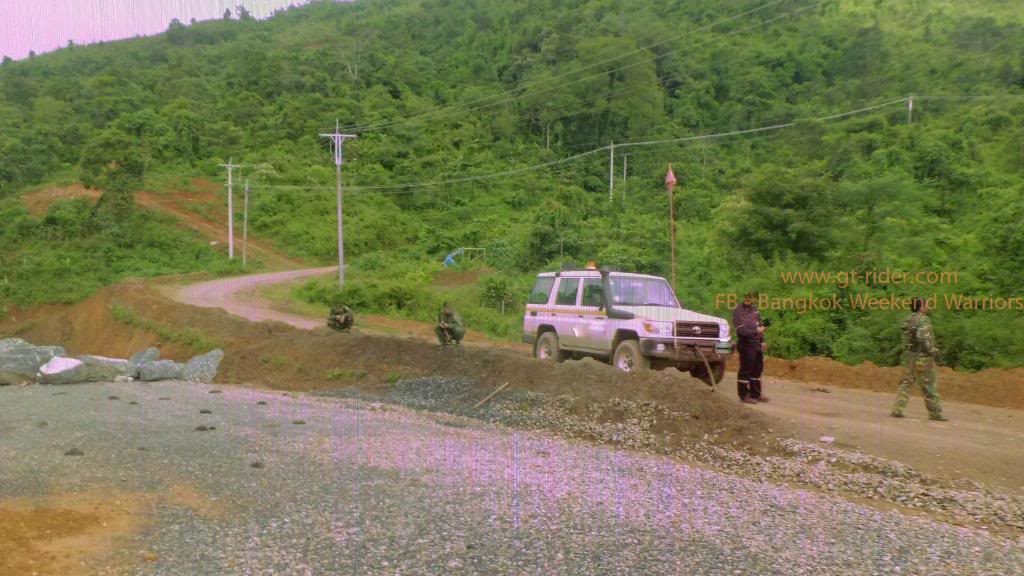 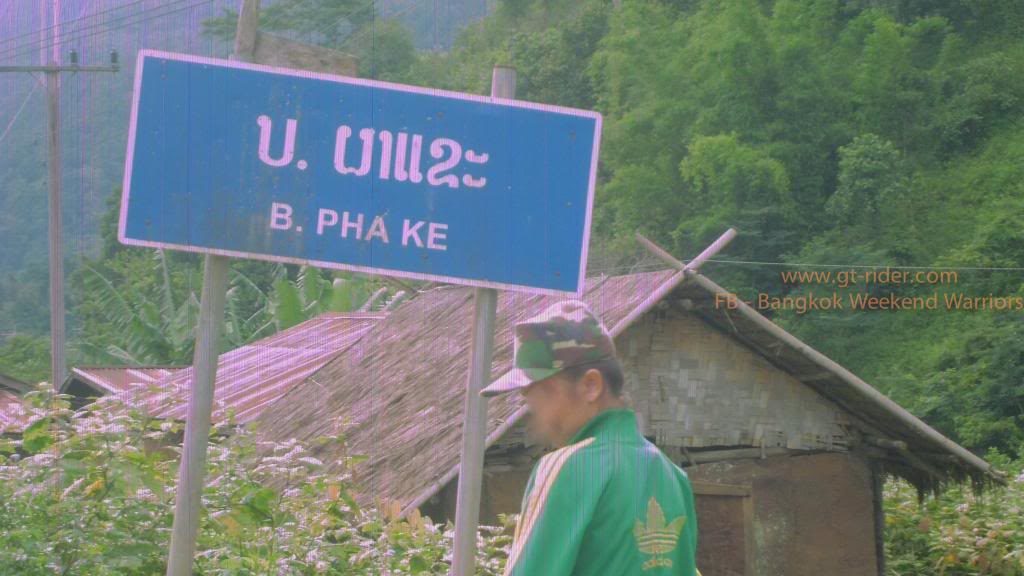 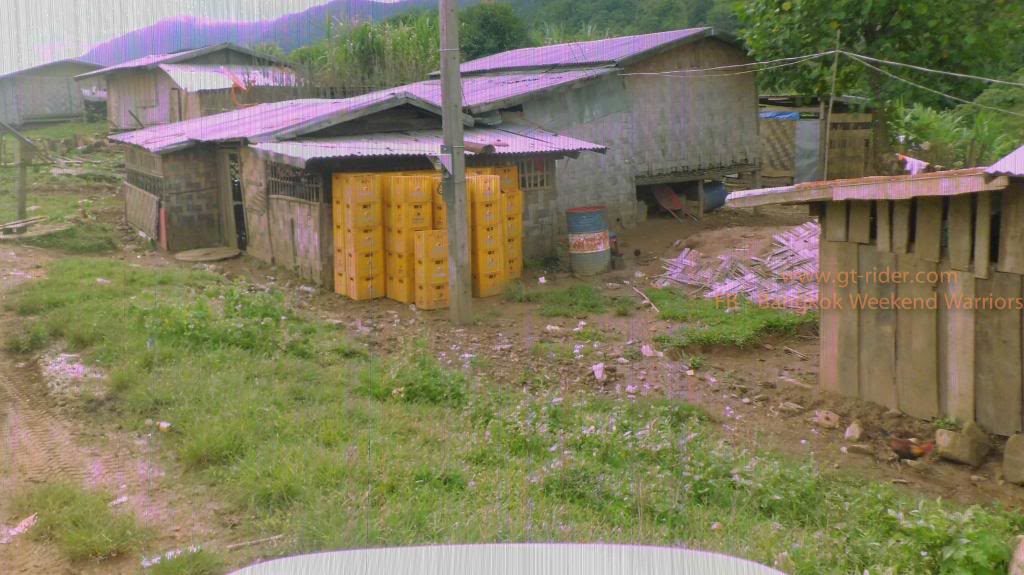 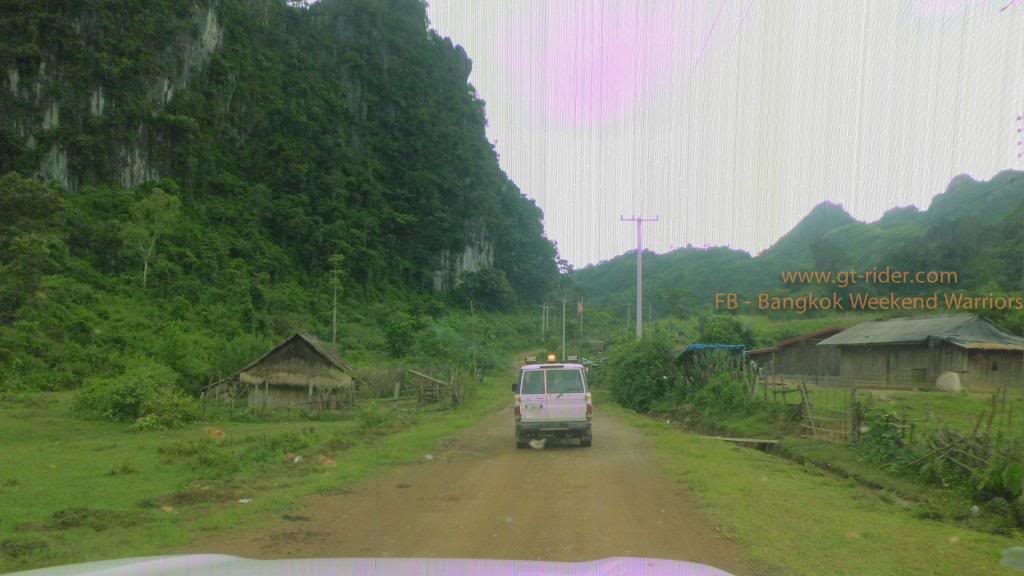 Stopped for a “Where the farkarewe moment” looking at the map on the bonnet of the Toyota.

The Hmong woman advised the minders that the men were in the hills and they should move on.
Everyone got back in the vehicles and moved on.

One thing. When going through these villages. No males in sight.
When outsiders come in, they head for the bush. 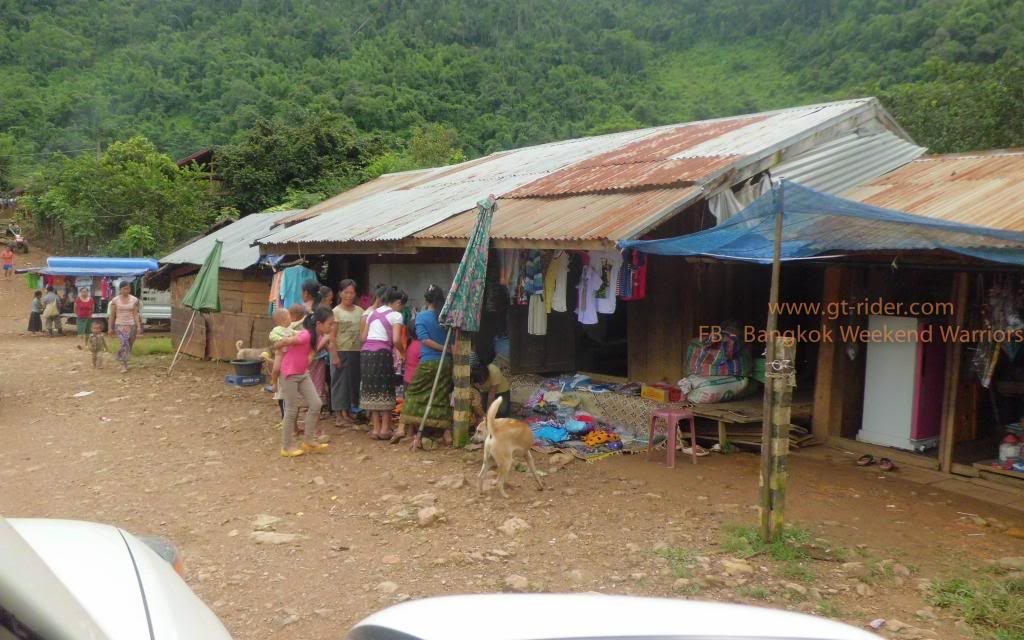 Inside the restricted area with all the passes and permits.

But can’t go down the road to the right.

Many more like this, where they were informed no entry.
No reason given and accepted. ( Special crops in the area 😉 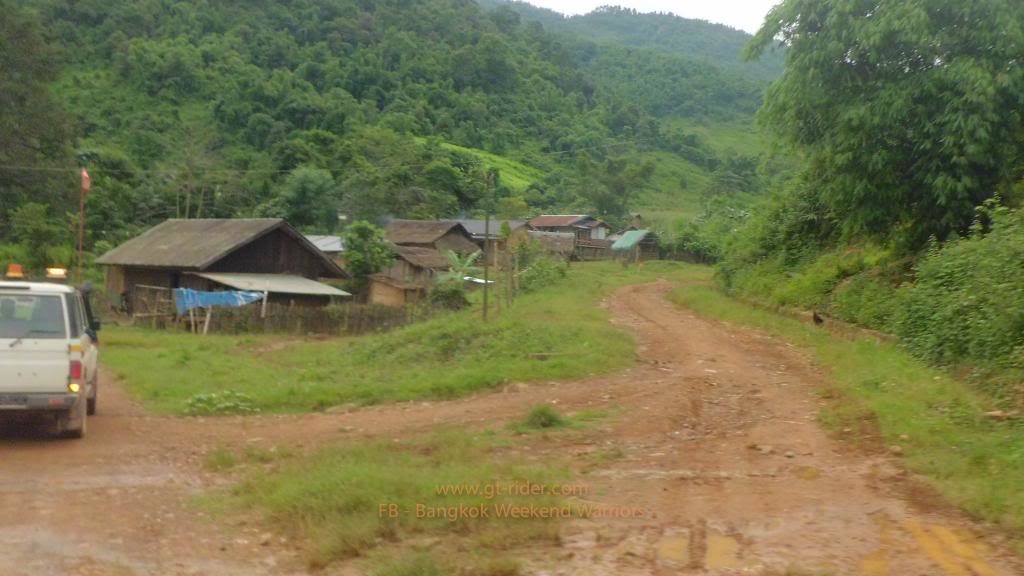 The bridges are from the US war time. 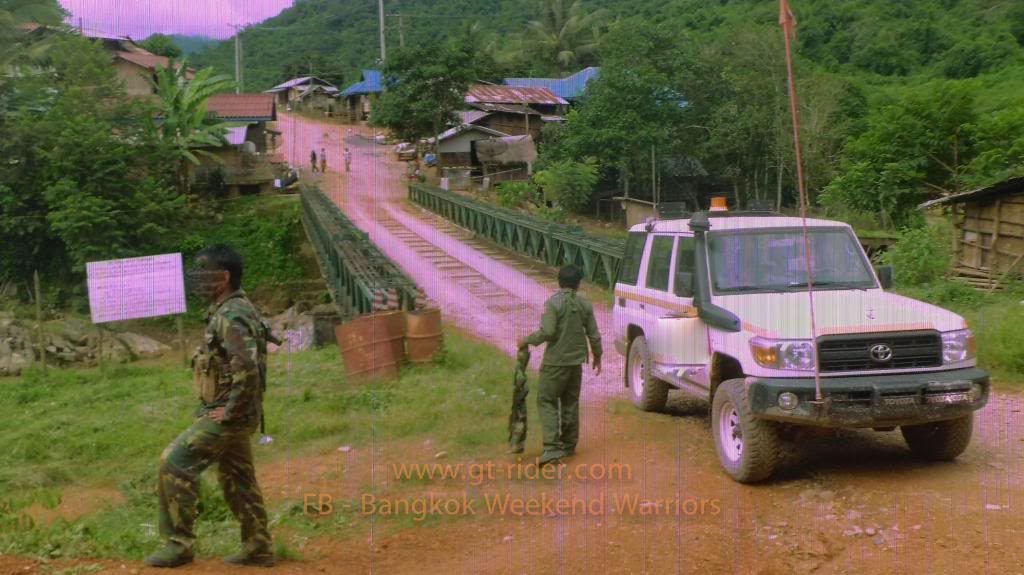 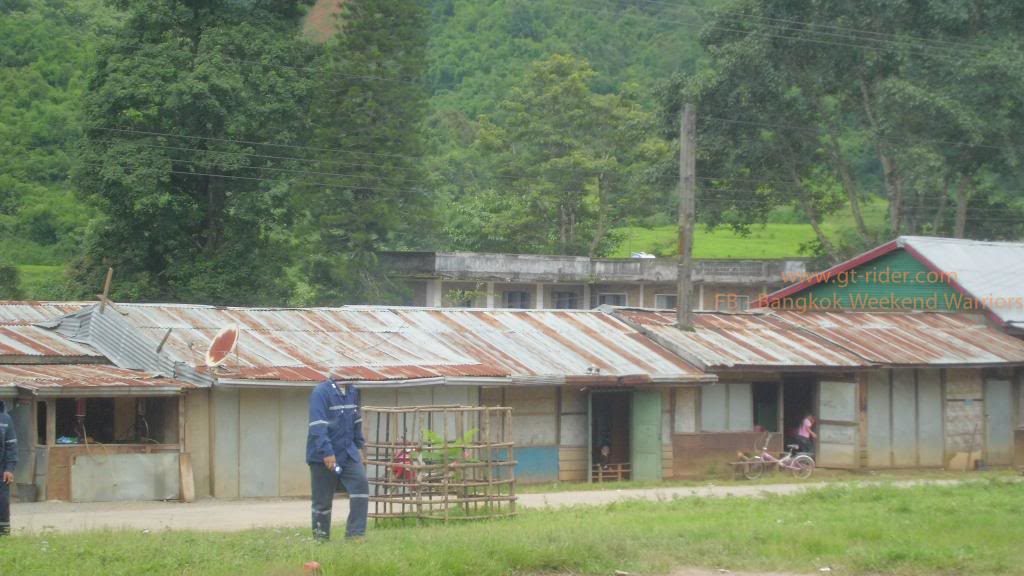 The company also had their own security advisors on the trip..
Former Elite SAS forces now performing private security. 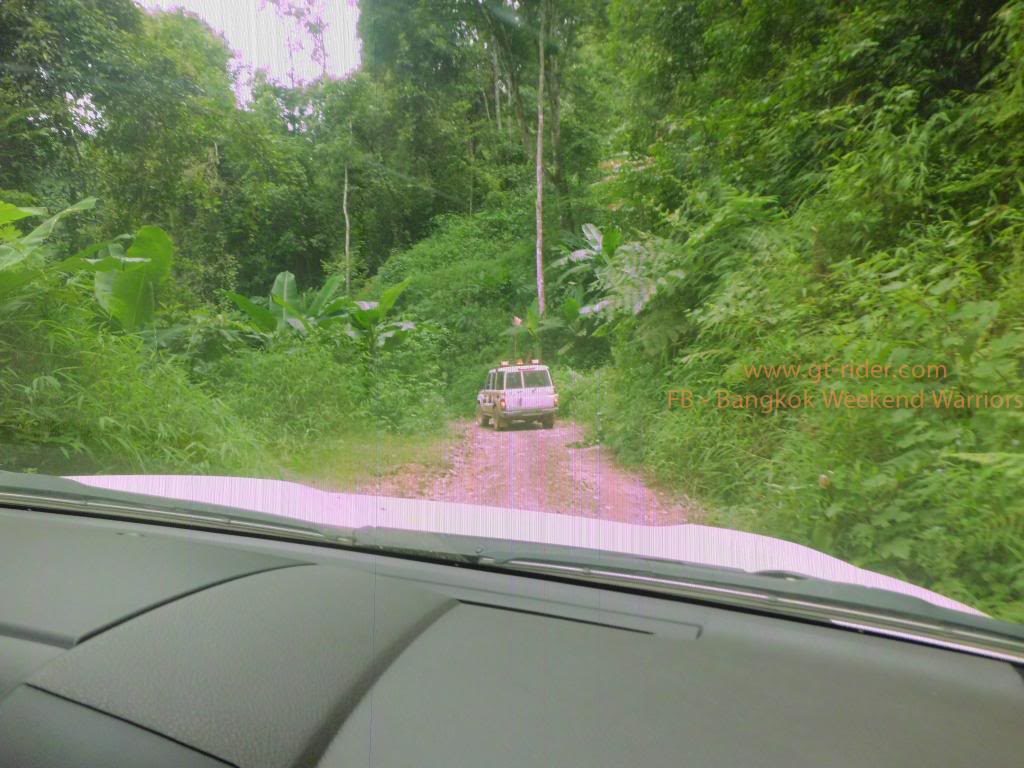 This track was washed out 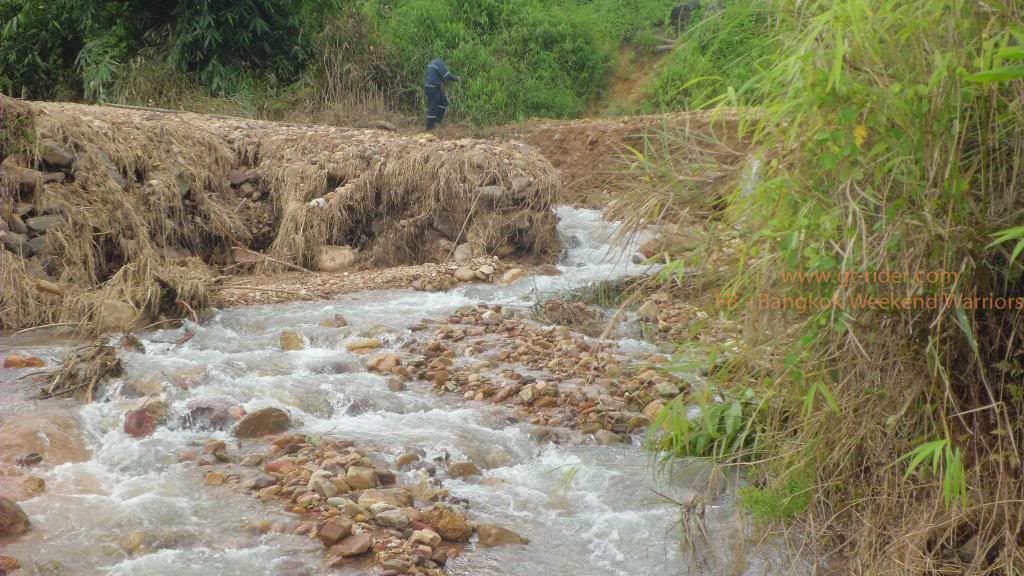 Time to lug and pull rocks and rebuild the path so the 4WD’s can pass. 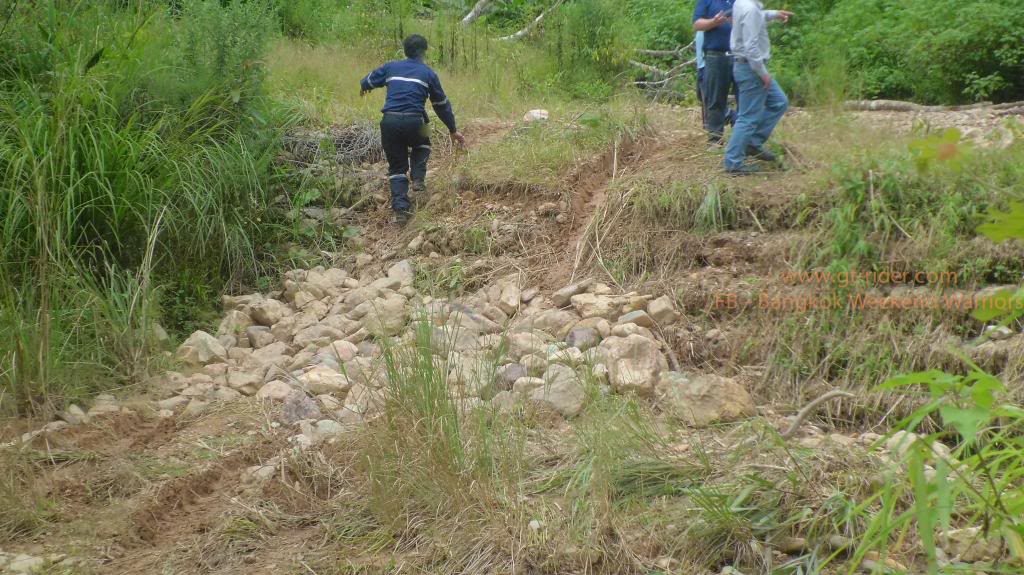 After they went through all that effort and over the next hill. Confronted with a swamp that was impassable.

Turn around and go back 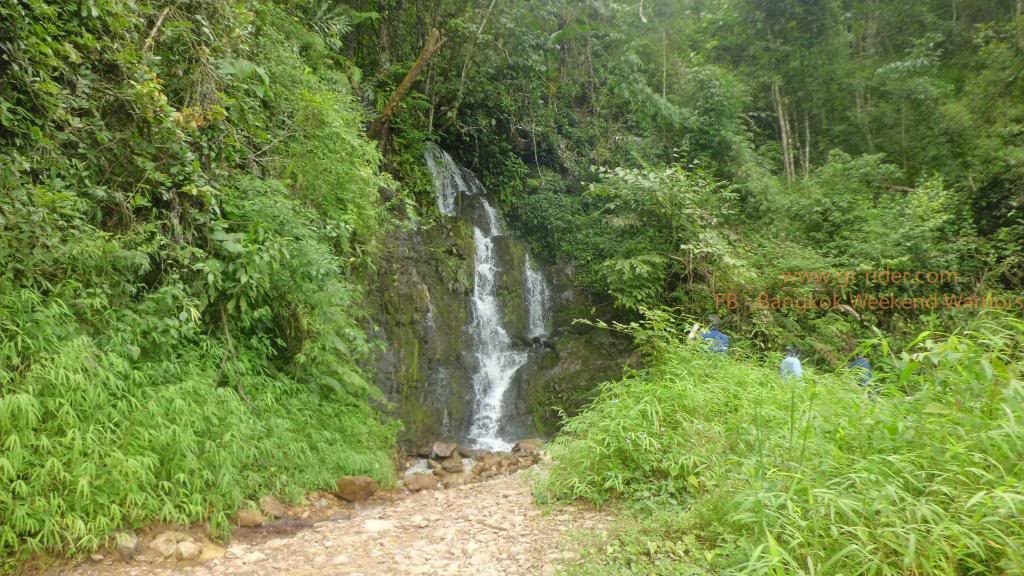 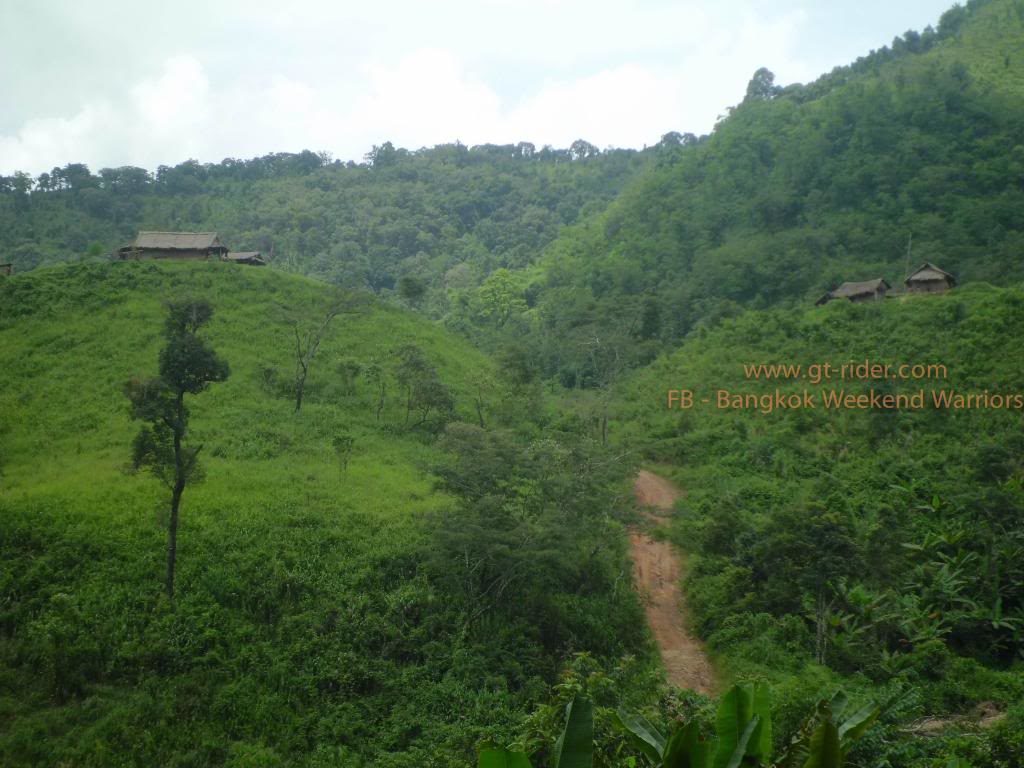 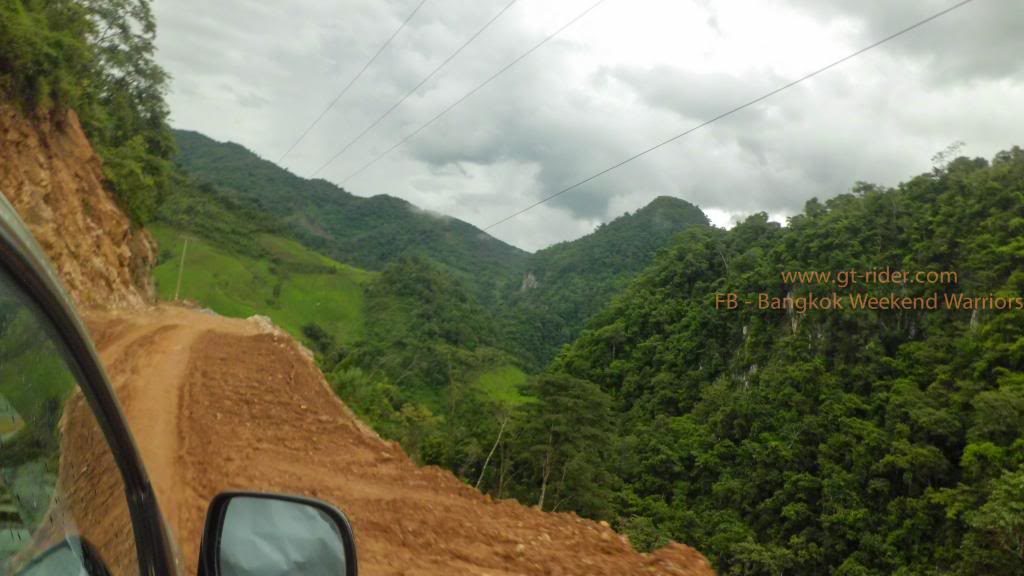 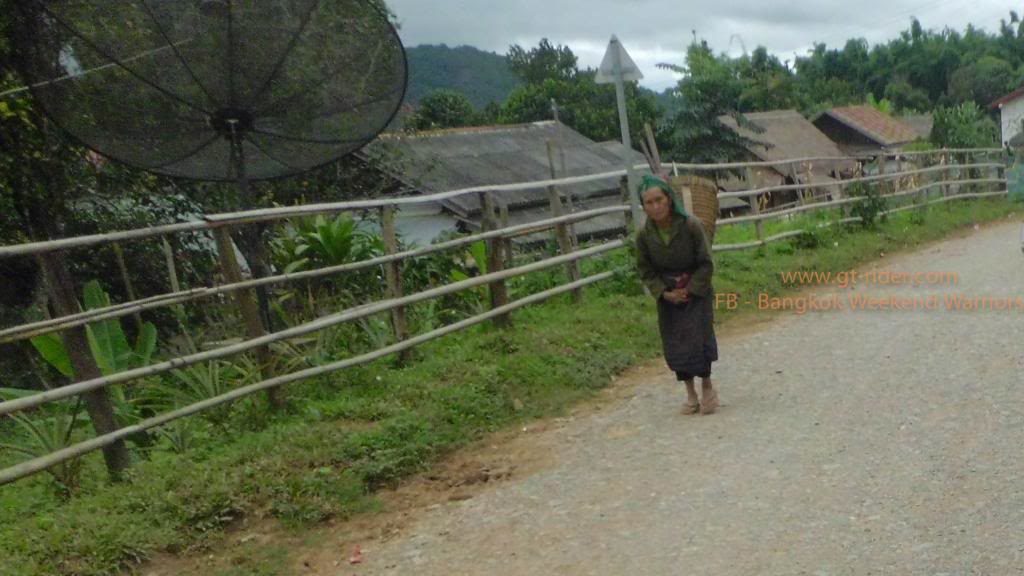 Hope you all enjoyed the peak inside Long Chieng and surrounding area.

Since this report was first published.
Oddvar and I went back with Thongkhoon in a 4WD.. To test if we could get in with out security clearance.