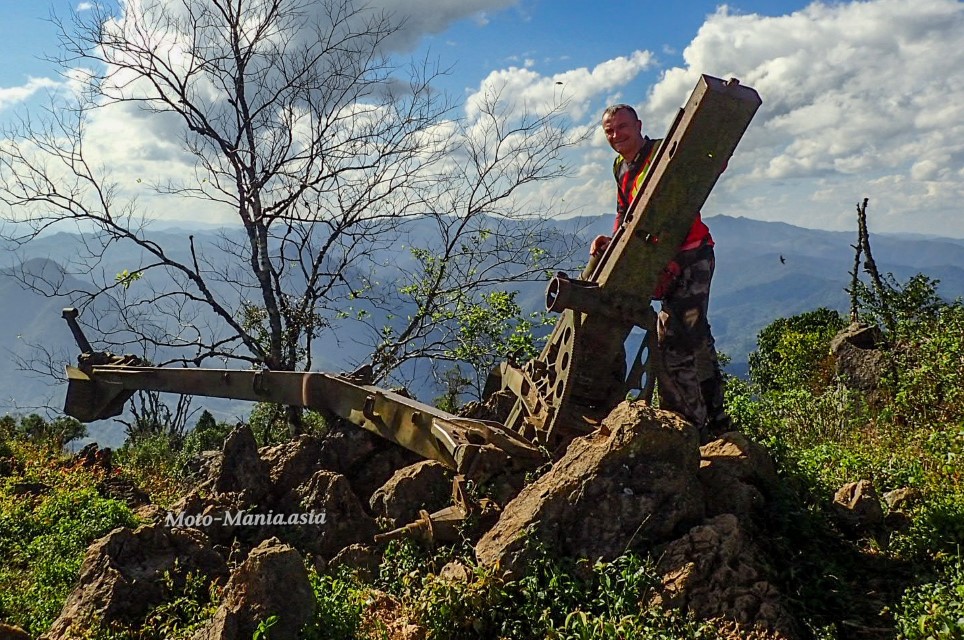 Lima Site 85 (LS-85 alphanumeric code of the phonetic 1st letter used to conceal this covert operation[3]) was a clandestine, military installation in the Royal Kingdom of Laos guarded by the Hmong “Secret Army“, the Central Intelligence Agency, and the United States Air Force used for Vietnam War covert operations against communist targets in ostensibly neutral Laos under attack by the Vietnam People’s Army. Initially created for a CIA command post to support a local stronghold, the site was expanded with a 1966 TACAN area excavated on the mountaintop where a 1967 command guidance radar was added for Commando Club bombing of northern areas of North Vietnam. The site ended operations with the Battle of Lima Site 85 when most of the U.S. technicians on the mountain top were killed, including CMSgt Richard Etchberger. For his heroism and sacrifice, Etchberger received the Air Force Cross posthumously. The operation remained classified, however, and the existence of the award was not publicly acknowledged until 1998. After the declassification of LS 85 and a reevaluation of his actions, Etchberger was awarded the Medal of Honor in 2010.  Reference:-   https://en.wikipedia.org/wiki/Lima_Site_85

Our second attempt to make it to the top of LS 85.

Now a tourist attraction it will be easy. Well, not so. The boys in green down below played hard ball and eventually let us go up for 50,000 Kip each.

I don’t mind paying, if that is the fee. But when it goes in to someones pocket and no benefit to the local community. Anyway.. Enough said. It is the way it is.

It is a good climb up the steps. When you get on top. Another walk along a trail that takes you to the main area where the radar is located and shot up.

If you are not fit, suggest you stay down below or do a partial walk up pacing yourself. Worth the climb, stunning scenery.

The steps are really small and close together. Taking two or three steps at a time up and down. The railing is low, so a misstep and you could tumble over the edge.

Next best thing to being on top of LS 85.

The Road from Vieng Thong

It gets interesting once you turn off to the track proper, heading toward LS 85 and Xam Nuea. Very rocky, land slides to deal with, plus some mud holes. Nothing impossible by any means. But it does keep you awake. The views are stunning, the progress amazing.

After the LS 85 turn off, approximately 20 km of dirt road. Then out of nowhere. A beautiful new tarmac road appears all the way to Xam Neua. No land slides, but lots of gravel on the road. It feels like the rear tyre is flat.

Expect the gravel to disappear over time, just watch the corners as it will sit here longer.

I wonder if the stretch from Vieng Thong to LS 85 turn off will be completed. Considering the lack of money for roads and the recent country wide damage from the last rainy season flooding.

Expect the route from Xam Neau will be maintained to LS 85 now it is a tourist attraction.

May be one day in the future, continue with the rest of the road works to Vieng Thong. Time will tell.

Three years earlier Chris and I were passing the LS 85 turn off on our way to Xam Neua and thought we would try our luck.

At the time LS 85 was not open and certainly not a tourist attraction.

Surprised that we made it as far as the old ladder area.

The track narrow, steep and very slick with green moss up near the top. The army post was just a hut on the hill with a cow pen below.

More here on our first attempt to make it to LS 85.

Great to finally make it up here after getting so close three years earlier,