The journey purpose is to setup the satellite communications equipment.
Allowing the only TV station in the country to cover the first democratic elections.

Quite an amazing place and would like to go back with more time on my hands.

Firstly I had to get a special business visa. As tourism is tightly regulated with minimum spend on packages.

Paro airport is one of the most amazing landings you can do in the Himalayas.

Flights to and from Paro are allowed under visual meteorological conditions only and are restricted to daylight hours from sunrise to sunset.[5] Paro airport was the only airport in Bhutan until 2011.[6] Paro Airport is accessible by road, 6 km (3.7 mi; 3.2 nmi) from Paro city, and 54 km (34 mi; 29 nmi) from Thimphu by Paro-Thimphu road.   (Wikipedia)

Here is the approach to Paro International Airport.

Having just landed looking out the window. 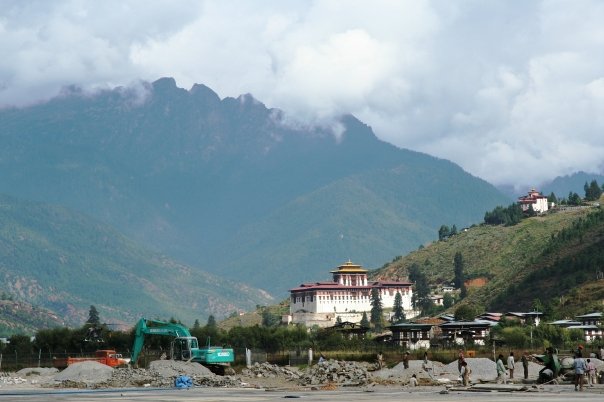 Through the diplomatic queue and everyone had to make way. 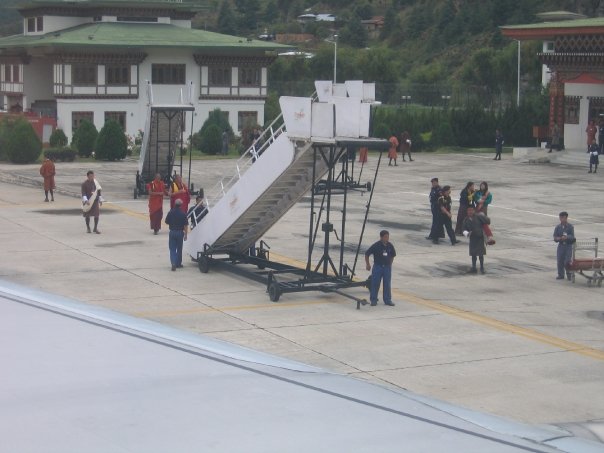 The TV station staff picked me up with two escort vehicles. Then we made the journey to Thimpu. 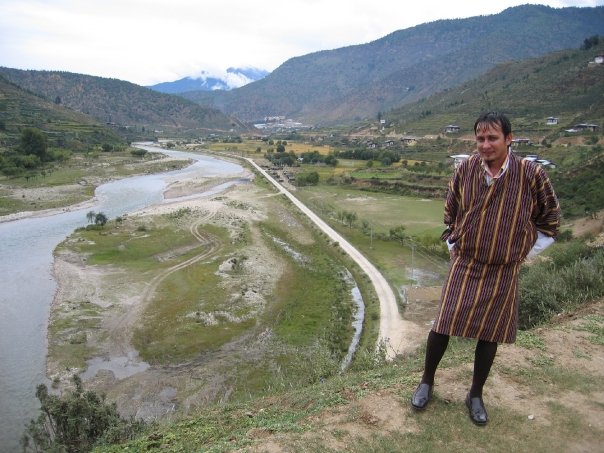 My hosts were very kind and stopped, allowing me to take pictures along the route. 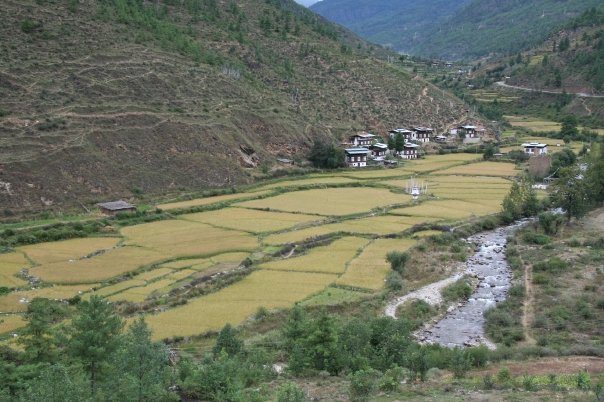 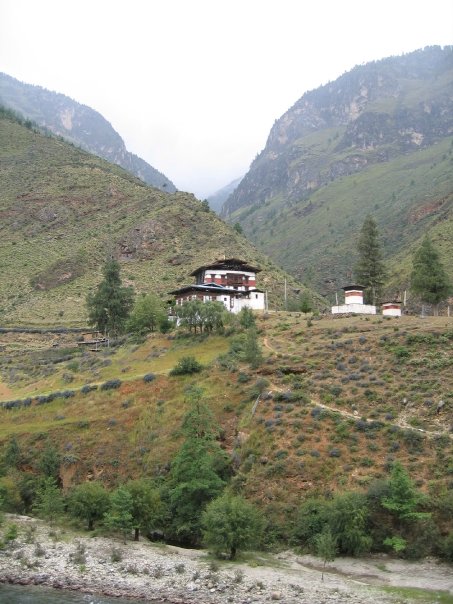 Checking papers are in order. 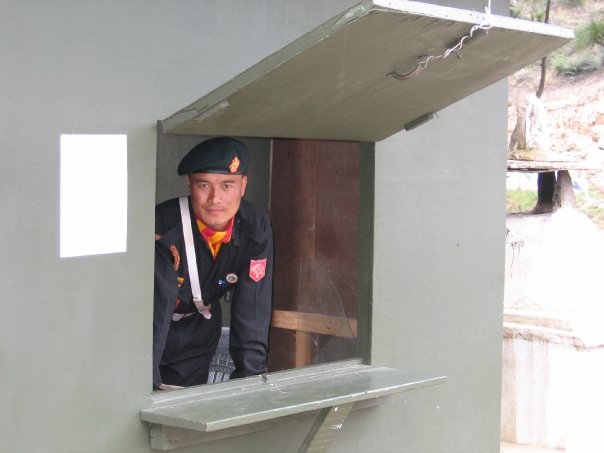 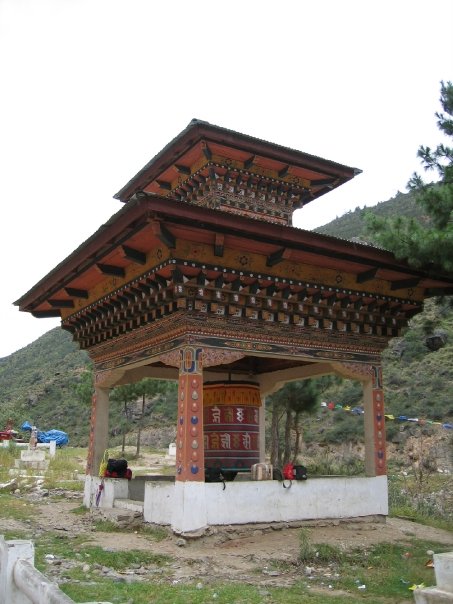 Many bridges over the rivers with stunning views.

Imagine this is nice and cold… 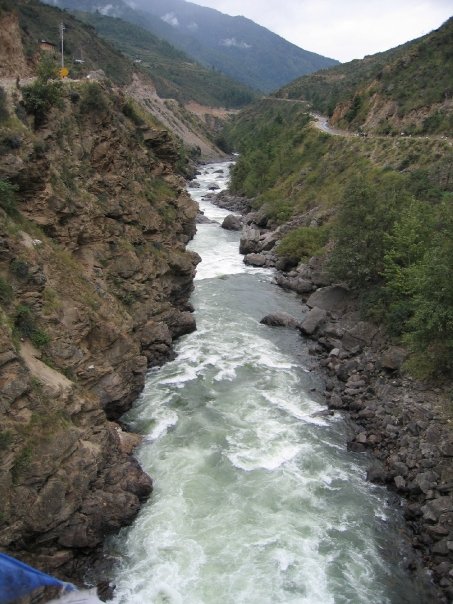 Drying chillies on the roof top.

Weed is growing every where.. I mean EVERY WHERE.. 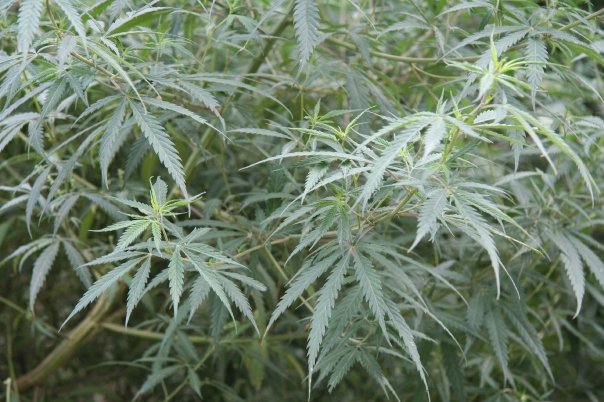 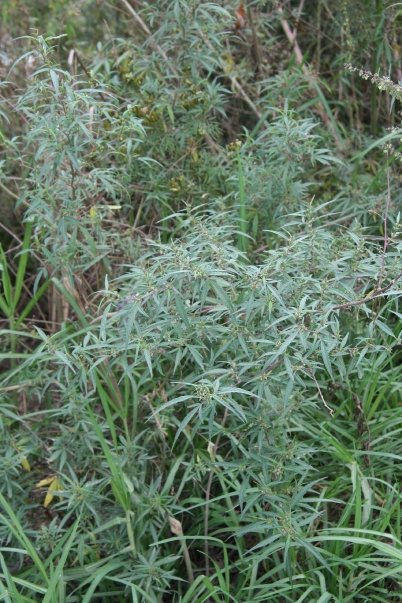 Weed growing out the front of my hotel.

The hotel for the 5 days.. Very nice old fashioned place.

Really cold at night.. Plenty of blankets on.

More like a glorified Guest House.. But still lovely.

Thimpu had traffic lights once.. But the people didn’t like them.
So went back to traffic cops. 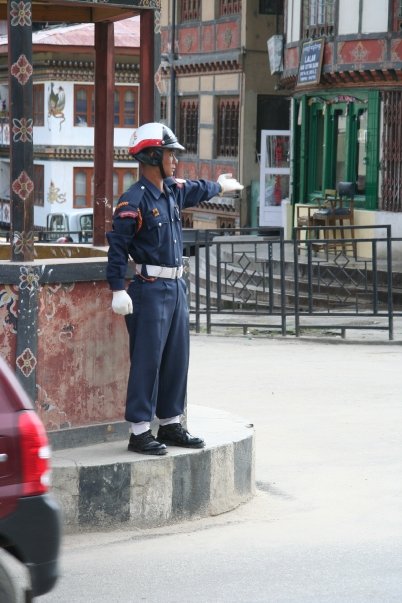 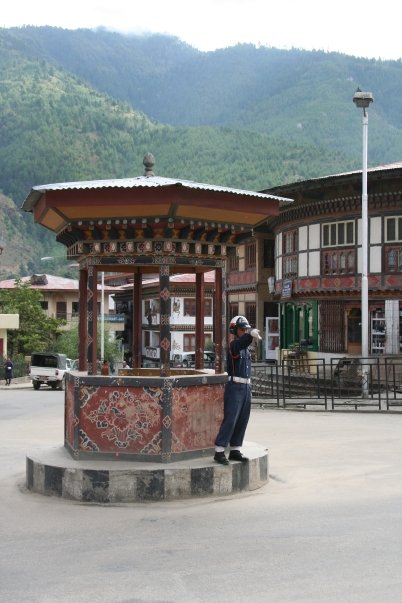 The native birds feeding on the weed buds 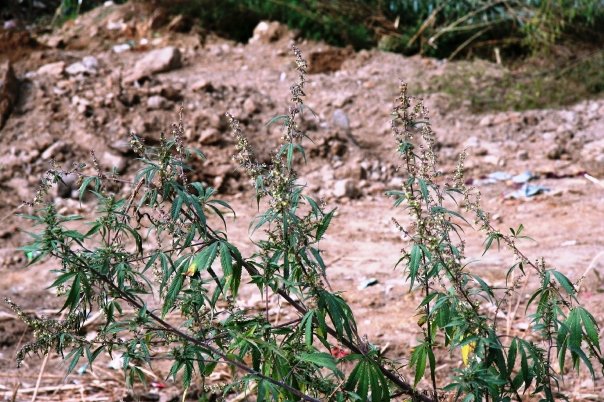 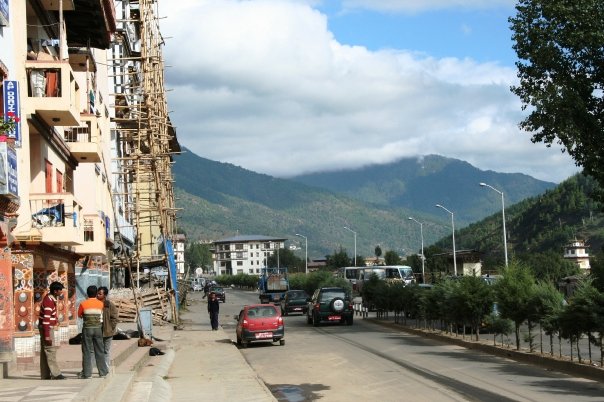 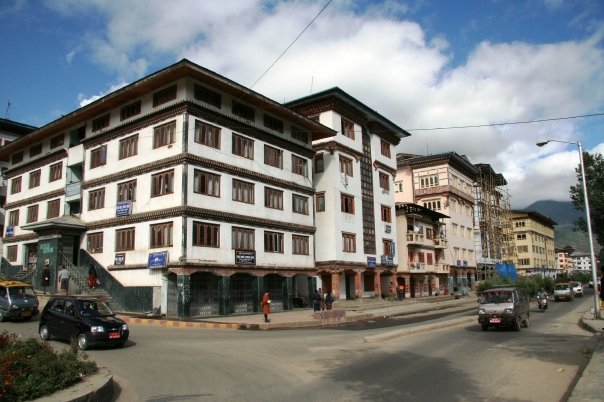 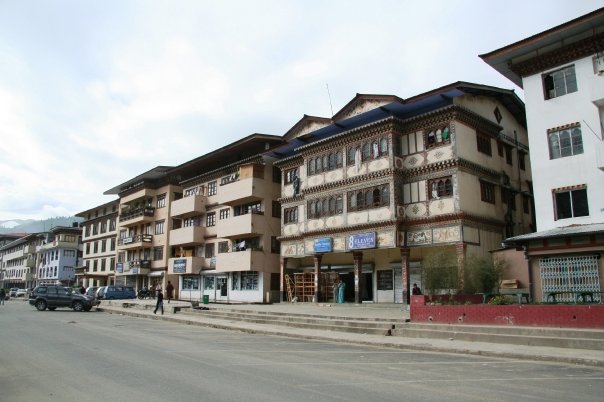 Sitting in the square.. Cold and looking around.

The TV Staff had gone home.. There isn’t much to do but walk around.

This was fine the first few nights.. The food is pretty ordinary..

Could have murdered a good curry.. 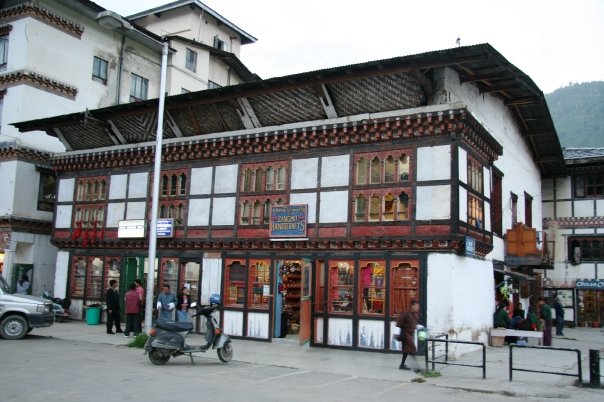 Setting up the kit and testing from the field reporting back to the TV Station. 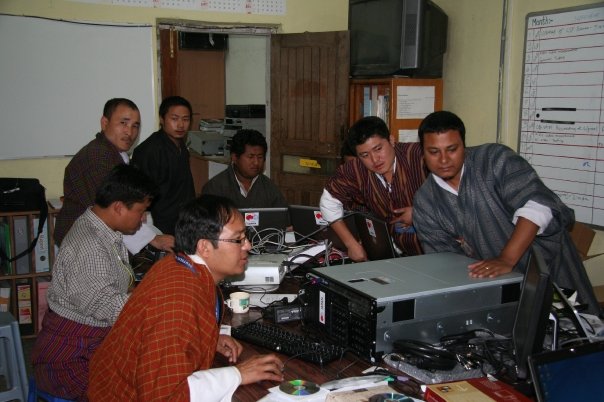 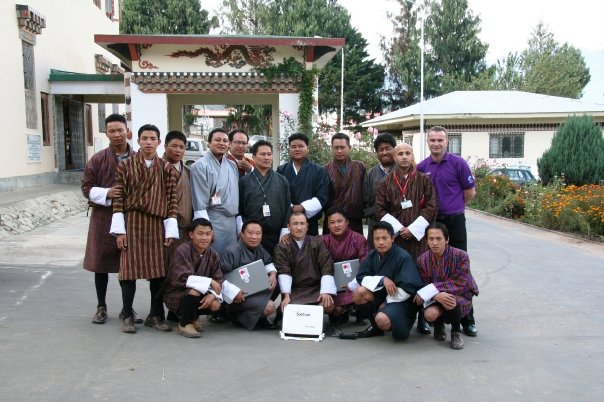 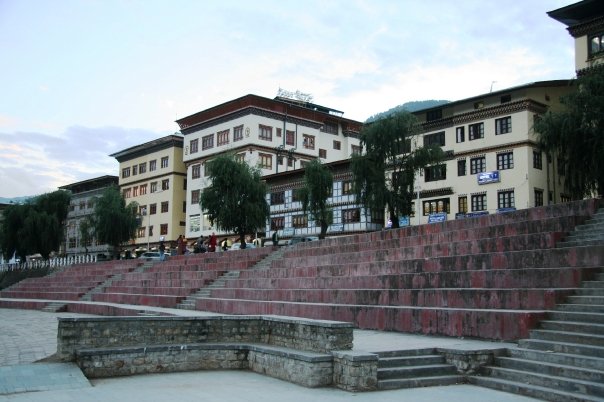 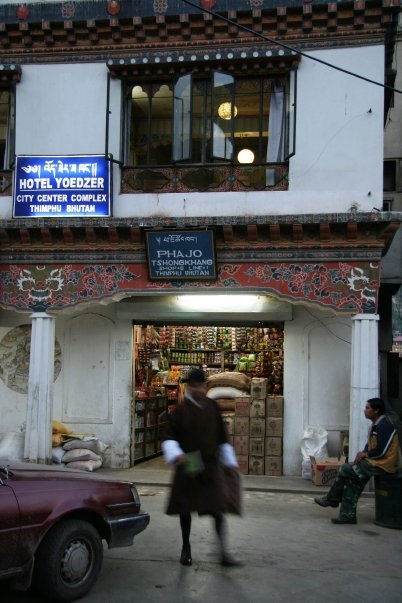 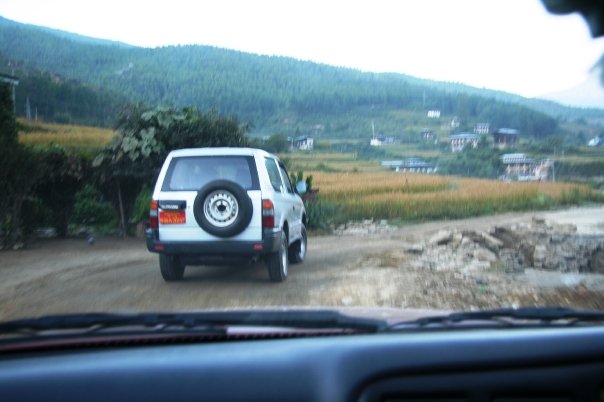 Drakair.. Stop over in Dhakar, then in the middle of an air field in India.

The India stop was a bit scary.. As the army came on with guns.

I could see people getting off the plane with their bags and walking off in to the fields..

No terminal insight.. A very weird.. Plus a bunch of people got onboard. 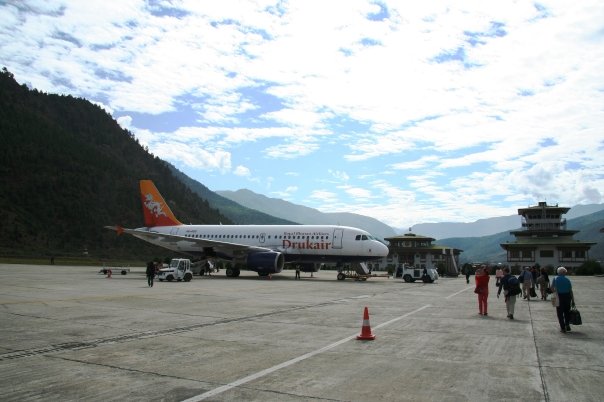 K2 according to the Pilot. The second highest mountain in the world.

Taking off was amazing. Unlike most airports.. where you climb after take off.

Pretty much lifted off, then flattened out and started to descend.. 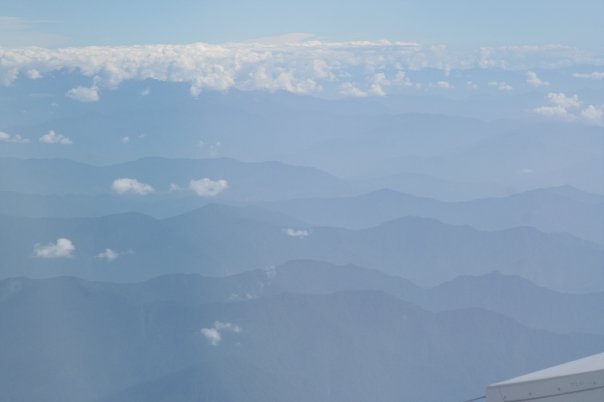 Great trip.. Nice to do it with work.. I will be back for more sight seeing.